Murder In The Atchafalaya – Book Trailer

But after Kristi herself gets kidnapped, things get complicated. Fighting for her life, she escapes to the depths of the swamp. Meanwhile, the Sheriff of St. Mary Parish asks Hawk Theriot – the swamp ranger – to find Kristi. The only federal warden in the Atchafalaya, he knows the area like the back of his hand.

With corrupt cops, private investigators and federal agents all having their own spoon in the same gumbo, can Kristi and Hawk figure out what happened in the swamp, and bring those responsible to justice?

Murder in the Atchafalaya 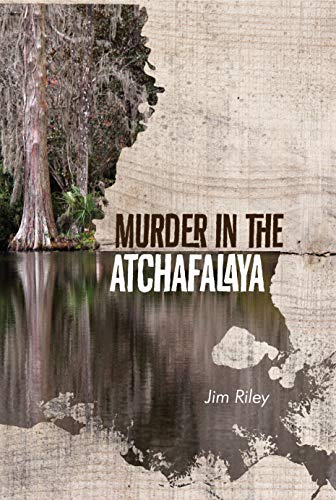 Jim Riley’s book, Murder in the Atchafalya, is the story of treasury agent, Kristi Blocker who bravely delves into the swamps of Louisiana to solve the murders of her two fellow agents. Things go bottom side up relatively quickly for Kristi. Some villainous figures force her hand, and she defends herself. Subsequently, she flees deeper into the unfamiliar bayou. She finds herself literally up a tree in order to survive the elements and alligators. Lucky for Kristi, Federal Agent, Hawk Theriot shows up on the scene none too soon.

The book begins with Kristi looking for answers about the murdered agents. As quick as a blink, tables turn and turn back as there is a power struggle between the agent and a man who could be involved in the murders. Quick-witted Kristi proves over and over that she will never give up without a fight, and she can generally outsmart anyone in her path. With a new teammate in Agent Theriot, the pair seems like an unstoppable duo.

This is a great book that will keep readers interested from the very first page. The agents always have tough and dangerous work to do. It feels like there is danger around every corner. Tackling, gunslinging, and dodging bullets paired with the already dangerous Louisiana bayou compounds the hazard. This builds the excitement level and keeps things interesting. There is hardly a dull moment. All of these things make the book a real page-turner with the makings of an action movie. I did notice a few (very few) errors in the book. Over all, though, it was very well-written, exciting, and an enjoyable read.

Readers will likely notice the good vs. evil sort of theme that is prominent in age old tales present in Atchafalaya. Our hero figures are met early in the book as they are fighting the forces of evil from the jump. We are thrown into the good guys fighting the bad, and the bad fighting back. The main characters are likeable, and there are corrupt, menacing characters that readers will love to hate. It doesn’t hurt that the agents are smart, capable, tough, and charismatic.

I also love the use of local color in the book. I can just see the store called T-Bob’s Grocery that is frequently mentioned. The language of the Louisiana natives, as well as their customs and cuisine are present throughout the book. Hawk shops for crawfish and shrimp boudin in the store, helping to bring that undeniable Louisiana basin feel.

Riley made a fan of me. I really enjoyed getting to know the characters, and would love to see where they go from here. I enjoyed Riley’s writing style and the southern influence that crept in. I highly recommend it.

Choose to be a Victor Instead of a Victim

Murder on Spirit Island follows Niki as she attempts to solve the disappearance of a wealthy businessman but finds herself caught in a larger conspiracy. What was the inspiration for the setup to this thrilling story?

My brother is a contractor with the state of Louisiana. At one time, it was one of the most corrupt in the nation. It has improved, but still has a few dishonest workers. Conspiracies to rig bids are not uncommon.

Niki Dupre is an interesting and well developed character. What were some driving ideals behind her character development?

Niki’s driving force is to choose victory over being a victim. I wrote Murder on Spirit Island (plus 21 other full-length manuscripts and 26 short stories in the same series) while incarcerated. I want to inspire others to make the best of difficult times. Whether it is a family situation, finances, health or a myriad of other obstacles, we can all choose to be a victor instead of a victim.

I enjoyed the twists and turns in this novel. Were these planned beforehand or did they develop organically while writing?

I’m a pantser. I plan nothing when writing a novel. I have no plot, no defined characters and no great climax in mind. I let the characters and the circumstances define the plot as they come on the scene. Most of the time, I’m surprised where they take the story.

When will this book be available for readers?

Murder on Spirit Island by Jim Riley is a thrilling murder mystery novel set in Louisiana, following Niki Dupre as she attempts to solve the disappearance of a wealthy businessman, Henry Welker. Gunmen, alligators, and a bigger conspiracy is afoot, Niki uses every bit of her impressive skill and experience to get to the bottom of the situation, all without ending up at the bottom of the Mississippi River. With all of the danger surrounding her, she still makes time for John, a high school flame from many years ago, who gives her the Welker case to start her perilous journey.

Murder on Spirit Island is a very well constructed story, as it kept me guessing at every turn. The chapters are short, and many of them enticed me to keep going. The characters were colorful and easily recognizable, although there was a bit of confusion when initially learning of the group of men that often met on Spirit Island. Other than that, each one has their own personality and style, and each one could be the murderer on the loose.

Niki’s character is one that the reader will want to succeed. She is trying to prove herself in an industry where men typically rule the roost, but she doesn’t let it get in her way. The reader will move through the story with baited breath to see the decisions she makes and how she might manage to escape the next source of danger, no matter who it is. She’ll even flirt with a police officer, if she has to.

The story even has some good comedic aspects. Mr. Riley is certainly a quick-witted individual, and he does well to bring in some lighter points. An early example involves some yoga stretches and an unexpected guest entering Niki’s apartment to an… interesting view.

With these fun moments mixed in, this is a mystery adventure that manages to be entertaining in every aspect. With twists and mis-directions sprinkled throughout, the reader will be itching to learn the truth behind each murder.