← Cecilia House
The Visitor From 4-D → 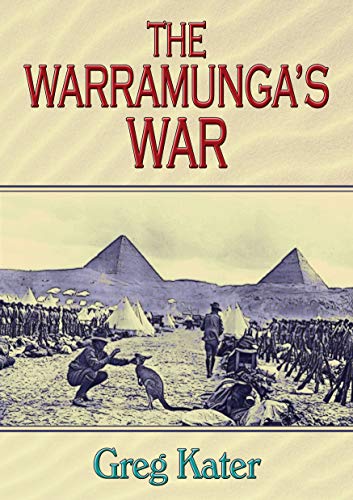 The Warramunga’s War is a book that follows the Australian Army’s advances in the Middle East and Egypt. The main character, Jamie, is saved by an officer Jacko, who’s half aborigine warramunga. The book leads the reader through an adventure with Jamie and Jacko in the forefront, as they conduct counterespionage and work with real historical figures. They form a close friendship and work together to solve various missions. During their stay in Cairo, Jack and Jamie manage to work against German spies and continue the war effort onto their home turf after their job is done in Egypt. Jacko’s skills come into play near the final leg of the duo’s journey, needing to track down two wartime German Agents in West Australia.

The author describes events in vivid detail throughout the book. Greg Kater ensures the reader is taken through an action filled adventure full of twists, turns, and suspense with lighthearted moments throughout to provide moments of respite. One of these moments was at the beginning, where Jamie was unconscious and had a humorous moment with Jacko and a French nurse. The author also shows ample character development with our duo, showing how they evolve both in strength of friendship and their synergy with each other. They grow as friends and evolve to become better soldiers as well, and this evolution was something that was consistently interesting to me. I felt the part where Jamie develops a romance with someone added depth and emotion to an already well developed character. They seem to gain some level of experience from who they work with as well. Speaking of those people, the author’s level of dedication to research shows as well, with many areas being accurately described. The people he represents in the book are true to their original character and accomplishments.

While I enjoyed the narrative and the characters, I felt that the pacing, was inconsistent and sometimes abrupt. There is a part in the book where we’re zoomed into the future, which threw me off. Other than that small issue, The Warramunga’s War is an amazing read which shows a lot of spirit and has a unique take on old events.

← Cecilia House
The Visitor From 4-D →