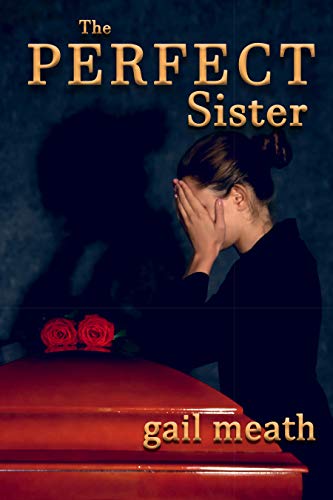 The Perfect Sister by Gail Meath is the story of a young woman who desperately wants to protect the reputation and dignity of the sister she has recently lost to murder. Katherine wants to keep her secrets secret while figuring out the details of the crime. She gets swept up and is determined to prove the innocence of the man everyone else thinks is guilty.

Meath writes in a way that makes Katherine’s predicament relatable. She is devastated over the loss of her sister, but her father doesn’t make things better. She knows she was not her father’s favorite. She knows that her father would rather have lost her than her sister. She is made to feel deeply flawed and imperfect in comparison to Lorraine. Katherine knows her sister was a wonderful person, but she also knows that she wasn’t perfect and had things to hide.

Meath also gives us insight to a man who is presumed guilty instead of innocent. Michael plays an opposite role to the man Lorraine was to be married off to. Michael has worked hard to keep and grow his family farm. He definitely doesn’t fit into the affluent crowd that the sisters run with. None of this diminishes his character, but it makes him an easy target for the wealthy to pin sins on.

I think that everyone can relate to these characters in one way or another because everyone knows what loss feels like and what it feels like to be viewed as “less than”. Meath’s well-developed characters and fascinating plot will reel readers in from the very first page. I can’t relate to being rich. I can’t relate to being involved somehow in a murder. I can, however, relate to the farm life. I think there is some facet that virtually everyone can relate to within these pages.

The time period makes the story even more fascinating for me. It is set in 1904. Life was so different. Modern forensics would have likely exonerated Michael almost immediately. They didn’t have that luxury. They wouldn’t just believe his word either because of his social status. These things set the scene for a story that is even more mysterious and daunting.

Meath writes in a way that lures you in. The Perfect Sister is a real page-turner from the jump. The characters are so interesting, and the story is complex. Meath weaves together a story that is multi-layered without muddying the plot. I’d love to read more about these characters in different books.