A Tragedy for the World 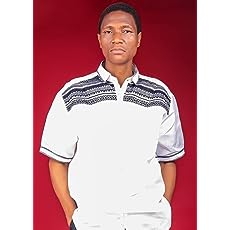 Black Nation is a fictionalized account of the real and deadly West African Genocide and a Nigerian youth who struggled through it. What was the inspiration that made you want to write this story?

This story, as you rightly said, is a fictionalized account of the real and deadly West African Genocide and a Nigerian youth who struggled through it. In Nigeria, youth corps members are young men and women—not boys and girls—fresh graduates. After graduation, you will be called to serve the nation for a year. Well, I was, like the Protagonist, once a youth corps member myself and I think I got the inspiration when I served Nigeria as a youth corps member. The inspiration or rather “inspirations” behind the story came from many sources but chiefly from my personal experience of the upheavals in Nigeria. To be precise, I served Nigeria as a youth corps member at the very period Boko Haram menace started. We conducted the general elections. I saw the irregularities. I saw the rigging of the election and struggled in vain against it. I even appeared in a law court to testify against the riggers (I mean the ruling party then) but saw there how the monster-judges do turn justice upside down! It was a terrible experience. I don’t like remembering or talking about it!

Chinedu is an interesting and well-developed character. What were some ideas you wanted to capture with his character?

Well the main idea is that Black is evil. People in the Western world do refer to Africans as “Black people”—and many Africans are indeed proud of that! But intelligent Africans—like the Protagonist—believe that such a categorisation is an insult, indeed a blatant one—although they also believe that there are indeed many ugly things here that keep making the continent to look “black”. If you read the book, you will learn more.

This novel does a great job of showing how a country’s politics and government can affect average people throughout the country. What were some themes you wanted to capture in your story?

The number one theme is CORRUPTION and the damage it can cause. It is a cankerworm that has eaten very deep into the fabrics of Nigeria. If you visit Nigeria now, you will from time to time hear politicians boasting of dealing with (or having dealt with) some “corrupt people” or “criminals” or “cultists” out there. But, as someone pointed out recently, it is always laughable when Nigerian politicians declare endless “war” against criminals and cultists, considering that there is a nexus between “do-or-die” politics and organised crime in our country. Over the years, many violent cults and criminal gangs owed their origins to political campaign organisations. It is also a fact that many of the notorious criminals in Nigeria usually graduate from motor parks to political thuggery before eventually venturing into the more “lucrative” business of armed robbery.

At every election cycle in Nigeria, there is often space for thugs, hoodlums and cultists. Wraps of Indian hemp and other dangerous substances are almost always freely distributed among the waiting “army” of violent men that take over campaign trains, brandishing machetes, clubs and other weapons. When the illustrious “guest” finally arrives at the scene, the entire wagon of these street urchins is usually herded into vehicles that move to the campaign grounds for the usual show of strength with their opponents.

Yes, it is not an overstatement to say that Nigerian politicians—and their followers—are criminals. These people keep disfiguring the face of the African continent; they keep painting the continent black—they keep demonising her!

There are other themes I do not wish to comment on but I must also mention Islamic Jihad. Of course, usually, nobody likes to talk about this. Yet, it has caused—and continues to cause—the deaths of thousands of people in different countries of the world in recent times. In Nigeria, over twenty thousand people were murdered within six years or so after the emergence of Boko Haram and today people are still dying in the hands of jihadists in the country; yet, no one cares to protest—certainly because here the majority of those in government—certainly over 75 percent—are Muslims. There is also usually no international outrage against these killings—certainly because it is happening in a “dark” continent. It is a tragedy for the nation; a tragedy for the world.

I thought your book was thought-provoking and informative. What do you hope readers take away from your book?

Ha-ha! Well, I can’t really say. As you know, human beings are diverse in their behaviours and our judgements are always clouded with emotions and prejudices. If what I want readers to take away is, for instance, that Islamic terrorism is evil, you will still see millions of people out there who will disagree with you and believe that Islamic terrorism is, in fact, a virtue! Many people will not understand you even if you utter a million words, while others will understand you even when you haven’t said anything.

Chino returns from the University of Nigeria and prepares for his journey to Negro State in northern Nigeria where he has just been posted for the National Youth Service Corps. The next day, he goes to the North with a patriotic zeal to serve his fatherland even though his parents, out of fear, object to his mission. Months later comes the time for the general elections. Youth corps members are employed by the Independent National Electoral Commission as ad hoc staff members but then, the election is being rigged in favour of the ruling party. Chino faces the challenge of defying and resisting the riggers but realises his loneliness. The opposition he encounters, from the riggers and even from his very colleagues, terrifies him and changes his political mentality altogether. Then it dawns on him that the world of politics is a world driven by propaganda, in which public perception is king, and what we perceive to be reality may be radically different from what “the people” perceive and the truth may be stranger than fiction. Now, at the end, following the rigging of the presidential election in favour of President Taminobi’s ruling party, the brutal slaughtering of his colleagues and innocent citizens by both the angry thug-supporters of the opposition party presidential candidate—Mohammadu Dauda—and the terrorists named Kokoko, a genocide never before seen in the nation’s history apart from the Biafra saga, as well as his unjust imprisonment, leaves him sorrowful, devastated, and a changed man.