← His Gift To Me
Inspirations: My Vivid Imagination Has been Transformed into Reality → 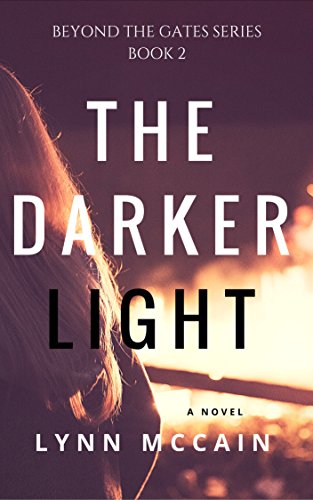 The Darker Light by Lynn McCain finds Lily in the midst of deep dissatisfaction and restlessness. Although she has tried to forget the trials and tribulations of Arcadia, she somehow feels even more out of place in the world she belongs in now. Soon, however, she is summoned back to Arcadia by a terrible prophecy that she has to fulfill. She has to defeat a foe much more powerful than Reciful this time around. All the while facing the possibility of a tragic betrayal from the one she holds closest to her heart.

Since she has had her memories removed, she has to relearn all the tragedies of her past. Henry, Calev, and her grandfather all had been hiding dark secrets from her that haunt Lily for the rest of the story. However, she meets and befriends some fantastical new characters that assist her in the journey, like Lord Bran.

The plot of The Darker Light is fascinating because there is an inherent greyness to the characters that comes from being held helpless against a prophecy. Although Lilith is conducting horrible misdeeds, I could still feel a modicum of empathy towards her. Everyone seemed to be doing the best they could to protect themselves and fight for their loved ones.

It was also fascinating watching Arcadia unfold from Lily’s best friend, Clarice’s perspective. There was a pleasing contrast between Lily’s recognition of this fantastical place and Clarice’s wonder.  I appreciated this subtle shift in perspective that was present throughout the story. Calev, Henry, Lillith, everyone was allowed to present their own views on the situation. It made for a story with a lot of depth and intrigue.

Like the previous installment, this story had some strong Narnia resemblances: everything from the evil queen to the different anthropomorphic creatures. There were a barrage of characters being introduced every other chapter and it could get a little confusing, but the plot remained crystal clear and quick-paced. The Darker Light is perfect for anyone who is home for a few days and looking for a Narnia-esque adventure.

← His Gift To Me
Inspirations: My Vivid Imagination Has been Transformed into Reality →