← The Darker Light
A Climate Of The Heart →

Inspirations: My Vivid Imagination Has been Transformed into Reality 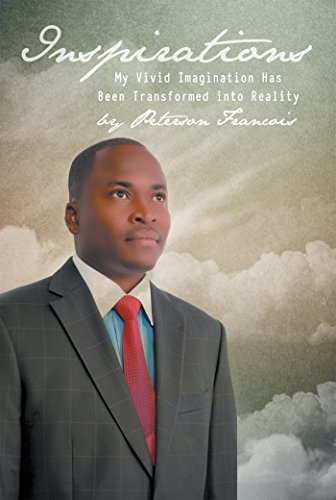 Inspirations: My Vivid Imagination Has been Transformed into Reality, by Peterson Francois, is a well-meaning book written by a person who has not only survived but thrived against all odds. Been through it all, as it were. Moved from an impoverished nation to one considered by most as the land of dreams and opportunities, the United States of America. With a profound understanding of how low he is in the social pyramid, he toils through pure grit, gets himself a sound education- where he achieves two university degrees and consequently climbs to the top. As he writes this book, he claims to have achieved financial freedom and self-actualization, and is on his way to clinch a PhD. This a story to inspire readers that anything conceivable is achievable.

Besides some grammatical errors I found this book to be most splendid and is an otherwise great inspirational book. I believe the intentions of Peter Francois are quite noble. Inspirations: My Vivid Imagination Has been Transformed into Reality sets up the author as a genius who intends to explain a simple scientific concept, but instead delivers a myriad of ideas. Chapter 3 stands out to me as a notable one, entitled Accepting Responsibility and Being Truthful where the author discuses American and Haitian politics. With the varied ideas and ruminations on disparate subjects I would’ve liked to have seen more cited facts in his book. The author had claimed that before Obama came to power, the American economy was completely down. Although the ideas are presented in an interesting manner, it seems more like a personal opinion than a fact, so I think more resources and quotations would have helped this otherwise genuine book.

This book has great potential, a little editing and concise ideas would make for a powerful read. Peterson Francois inspires reflection on oneself and the world in Inspirations: My Vivid Imagination Has been Transformed into Reality.

← The Darker Light
A Climate Of The Heart →