Leave My Ashes On Blackheart Mountain 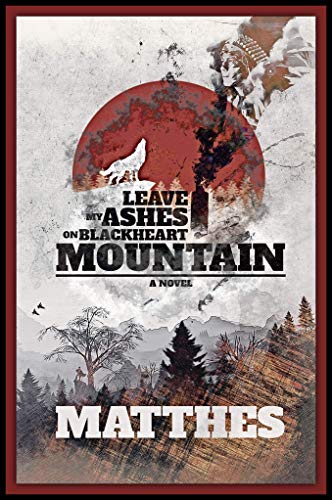 When your work is savage and your world is cruel, it’s hard to find your heart. Mahoney knows this better than anyone. He lives in a world that was burned to the ground many years ago, and he knows nothing but cold, hard truth and scavenging his way through life. With the love of his life waiting behind hoping for his safe return, Mahoney is dispatched on a mission to deliver a prisoner for execution. Not one to be left in the dark, Mahoney finds himself struggling to figure out how he has arrived on the legendary Blackheart Mountain. What should have been his opportunity to hand over the one thing everyone around him wants most, may just turn into the moment that changes his life.

Leave My Ashes on Blackheart Mountain, by Dave Matthes, is the thought-provoking tale of Mahoney, an outlaw of sorts who has made his home working for the powerful but evil Gunther Ostrander. Mahoney, by and large a loner, is accustomed to taking care of things his own way. Living in the remnants of a world he never really knew, he often uses violence as his go-to with little remorse.

I was immediately taken with the setting of Matthes’s book. This post-apocalyptic scene is striking in that it mimics the feel of the Old West in both character and setting. From the brief mentions by characters of modern times gone by to the hints of modern technology, readers are taken on quite a visual thrill ride as they try to piece together each scene. I am not a fan of westerns, but this particular book is so much more and carries readers on a captivating journey into the author’s imagination.

The notion of an almost mythical Blackheart Mountain and the ways in which it impacts the main character are fascinating to read. I am a huge believer in drastic changes as a character is developed throughout a story, and Matthes succeeds in carrying Mahoney through some major challenges to mold a character not to be forgotten. From his kindness and almost subdued nature with Cassandra to his quiet viciousness when threatened to his experiences among the Tuskatawan people, Mahoney takes shape before our eyes, and his spirit is almost palpable.

I highly recommend Matthes’s unique tale to anyone who enjoys westerns and modern takes on the genre. I think readers will be pleasantly surprised at how well the mix of action meshes with the tender character development that takes place throughout Matthes’s gripping novel.