← In The Country Dark: An Appalachian Crime Tale
Water at the Top of the World: A Story of Legends and Learning → 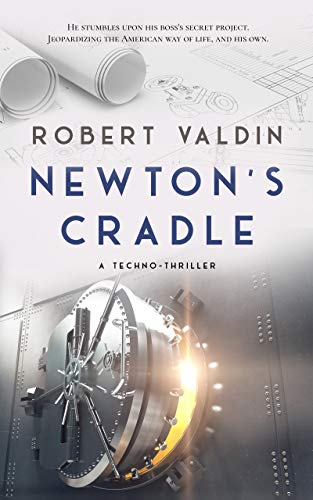 A suspenseful and complex fictional story of a well established business man entangled in a web of secrets and ambitious employees. With his past demons always haunting him he’ll face a series of perilous challenges that test his limits and his morality. Terence is forced to break into his boss’s safe and finds plans for a new technology that can radically change the world. Does he give it up and go back to his life, or does he risk his life to ensure the technology doesn’t end up in the wrong hands?

Robert Valdin has created a thrilling corporate espionage novel that places an interesting character at the center of an intricately woven web of secrets. The fun part is watching Terence claw his way out of the center of it. Newton’s Cradle is a techno-thriller that kept me intrigued by the technical details and furiously flipping pages to see what happens to Terence. What I enjoyed most was the interactions between characters as they seemed grounded and authentic. The backstabbing that was going on always seemed to come as a surprise to me, I suppose I’m gullible, but Robert Valdin has a way of subtly twisting the narrative to make you look the other way just before the twist comes.

Newton’s Cradle is an exciting novel that deftly builds up engaging characters and pits them against one another. The narrative, while not completely unique, does have its own unique twists that kept me on my toes. With a world changing premise Robert Valdin delivers an electrifying story that will have fans of mystery and espionage begging for more.

← In The Country Dark: An Appalachian Crime Tale
Water at the Top of the World: A Story of Legends and Learning →