A Rift That Lies Between Us 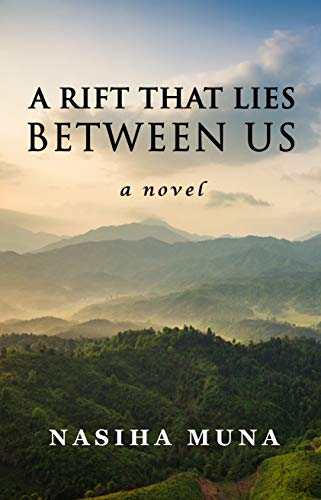 A Rift That Lies Between Us is a coming of age story about love, tradition, race, and the impact of unlikely friendships. Farisa is an art-major, who escaped the pressures of her highly traditional Muslim family, by going to college out of state. This is where Farisa meets Caiden, a charming, but sometimes overly dramatic classmate who Farisa forms an unexpected friendship with. Despite their drastically different backgrounds often getting in the way, Farisa’s relationship with Caiden shifts something inside her that proves to be the exact push she needs to start living her life, for her and not just everyone else.

Following a coming of age story that starts in college and goes through early adulthood was refreshing in and of itself, but the fact that this novel also tackled the difficulties of first-generation kids growing up with the conflict of traditional family pressures, and more modern beliefs face was a delightful departure from the norm. Muna was able to bring us into the conflict and pressures of Farisa’s Muslim Bangladeshi-American family in a way that is accessible and eye-opening.

While Muna was able to give us a well-rounded view of Farisa’s family life and what that demanded of her, some of the attempts at representation seemed a bit forced. I’m all for more representation for minorities in books and media, but some of the lesser storylines about LGBTQ+ issues and mental health didn’t get the focus and the detail that it deserved and as a result didn’t feel as meaningful as it should have.

I was invested in Farisa’s life and her relationship with Caiden but the book could have used a bit more time to develop some of the other storylines that were brought in to have the impact they deserved to have on Farisa’s life, self-discovery, and beliefs.

Farisa and Caiden’s relationship and all the forms it took over the 8 years this novel covered provided a refreshing look at the evolution of how cultural differences can inform relationships, for better or worse, and the importance of finding your own voice before it’s too late.