Axel Lennart and the Ice World 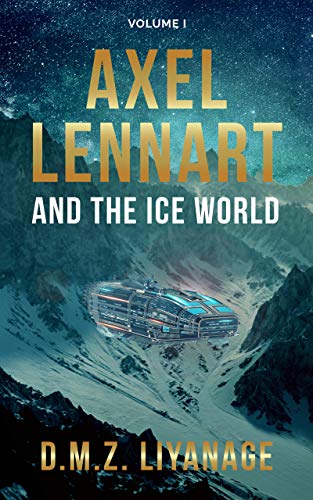 Axel Lennart and the Ice World is a fantastical story that will grab your attention from the first page and will refuse to let it go. Set on a distant ice world in a galaxy far away, we’re introduced to the saga of Axel Lennart, a typical Regime grunt who, through a twist of fate, finds himself caught up in the nefarious worlds of dark magic and space politics.

Journey along with Axel on his sweeping tale of discovery when a mysterious stranger connected to the past he once lost reemerges and starts wreaking havoc on everyone around the plucky protagonist. His troubles are just beginning, however, as he’s also tasked with finding an ancient weapon of mass destruction before it falls into the wrong hands. Between being relentlessly pursued by the Regime’s henchmen to the ends of the galaxy and back and fending off murderous space nomads, it’ll be a race to the finish that our hero might not survive.

Axel Lennart and the Ice World is a gripping page-turner from start to finish, filled with enough sprawling action and compelling characters, including several androids, to keep you invested for its sequel. The author, D.M.Z. Liyanage, does a phenomenal job of world-building that the settings and dialogue seem to jump off the page with a life of their own. The premise might not be so original -a wayward orphan uncovering his hidden legacy- but the plot is far from predictable, even when it goes over familiar science-fiction tropes.

Thankfully, the book is also jam-packed with action sequences that could easily rival those found in Hollywood blockbusters so there’s never a lag in the story’s momentum. This factor allows the adventure to unfold as grandiosely as space operas often need to, giving the narrative enough time to weave an enchanting odyssey that is equal parts fantasy and futurism.

Sure, there are a few scenes where things simply seem to happen because of plot convenience or where some twists seem to come out of nowhere. Still, just chalk it up to dark magic since these moments won’t be enough to entirely pull you out of the story’s mesmerizing spell or put you off reading it to the end. If you’re a fan of Star Wars but wish it featured a bit more sorcery or mysticism, don’t hesitate to pick up a copy of Axel Lennart and the Ice World today. You’ll be lost in the story before you know it!