← Axel Lennart and the Ice World
The Addicted Child → 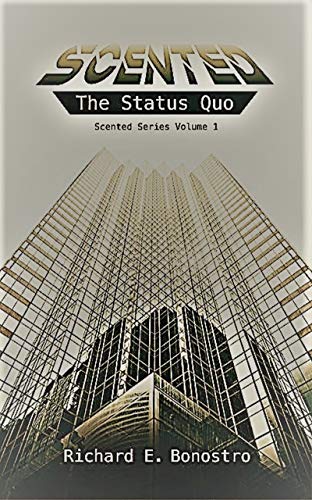 Scented: The Status Quo by Richard E. Bonostro is an intriguing science fiction book. The story follows Evan a Commissioner of Surveyors tasked by the Senator to destroy Ma’at, an all powerful woman. Evan discovers that his wife Marla is apart of the Mantle, an all female group determined to take capture political power and use it to create equality. This is at odds with The Rune Party, which is an all male society. This turns the story into the ultimate battle of the sexes. The senator is determined to keep the status quo and will do anything to stop the mantle from taking over. Will Evan be able to stop Ma’at, especially when he has so many eyes on him?

It is a little jarring to imagine in order to become fully mature one must have the scent of a woman rather than combining the DNA of a male and female to create a living and breathing human being. Even though the concept is odd I still found the idea to be unique. It was interesting to see women superior to men in this society. Richard E. Bonostro uses this twist to comment on society and put his characters in provocative situations that were consistently riveting.

Scented is an emotional roller-coaster that eloquently combines political issues, corruption and exploitation. Bonostro does a fantastic job building up compelling characters in this story that are authentic and grounded. I was able to immerse myself in the story and understand each side of opposing parties because the character were believable. This book is a fast paced read with rare moments that are held up by exposition. Otherwise, Scented is a riveting dystopian science fiction novel.

← Axel Lennart and the Ice World
The Addicted Child →