← Murder In The Atchafalaya – Book Trailer
The Conman: A Baseball Odyssey → 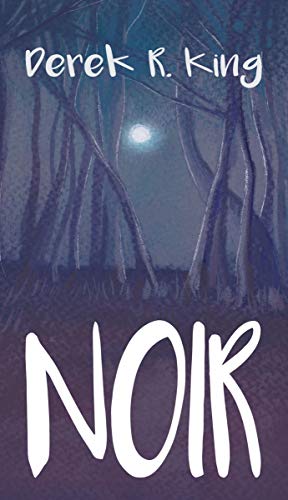 Noir is the French word for “dark,” and in his first poetry book, Derek R. King takes us on a chilling and deeply emotional journey through the different forms of darkness. Using the French term as a metaphor for the less desirable but unavoidable elements of life, King paints a picture of what it feels like to be plagued by these entities. He explores the depths of depression, loneliness, grief, heartbreak, and despair.

King communicates his themes using a mixture of verve and solemnity. This combination strikes several emotional chords and ensures his words reverberate in your mind long after hearing them. It’s the sort of feeling you want to get from poems that touch on the aspects of life that are shrouded in darkness. This feeling helps us acknowledge that these dark elements exist. And instead of running from them or repressing them, we challenge them.

The beauty of King’s work also lies in the simplicity with which he writes. His words are not only vivid and piercing; they are also easy to grasp. King obviously paid attention to Hemingway’s reply to Faulkner’s criticism: “poor Faulkner, does he really think big emotions come from big words?”

Apart from King’s apt choice of words, he applies thoughtful figurative expressions that add color to his dark themed poems. He brings the concepts to life by pulling the emotions out of the dark corners of the mind and into the light where they can be properly felt and understood.

The authenticity with which King writes is also worth mentioning. He supplies an honest appraisal of the emotions which lurk in the crevices of our hearts. He’s raw, direct, and brutally candid, as he makes us feel what we feel but cannot acknowledge. There’s a dark side. It’s not pretty, but it exists, and King isn’t afraid to point it out.

I believe King’s book helps us come to terms with several unpleasant emotions. His work is an interesting read if you want to take a deep dive into the sea of self-awareness that few venture into.

← Murder In The Atchafalaya – Book Trailer
The Conman: A Baseball Odyssey →