← No Matter How Difficult the Journey is
The Next Life Universe → 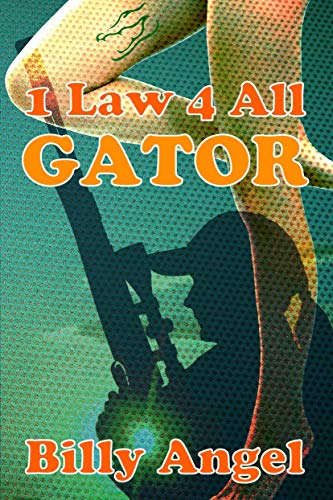 1 Law for All – Gator is the third installment of a Billy Angel’s political thriller series. This book is a suspenseful crime fiction story set in modern times. There are two storylines that this book follows; Dominica and her upcoming nuptials, as well as the Fair and Freedom Foundation, which is an organization consisting of mostly millennials who fight against voter fraud. They have sought help from the 1 Law for All Foundation as the organization has drawn attention from dangerous people. With the backdrop of a wedding and the action-packed dangers of the political waters, Gator country is in trouble.

There is a lot to unpack in this book thrilling book. It felt like an alternate timeline to our current situation in the U.S. There was great detail put into the the plan to tamper with the election by the Democrats in this high stakes political thriller. They were heavily involved with having votes changed by various nefarious means, Russians were involved, and there was even mention of Clinton conspiracy theories at one point. All are uncanny portrayals of the extreme views both sides take in todays turbulent political climate and that same tension is successfully reflected on the page in Billy Angel’s riveting thriller. I appreciated how well thought out the plan was to commit election fraud as it made it feel real, which allowed me to get further invested in the story and the characters. This story utilizes right-wing conspiracy theories to great affect. Those theories in our current political climate can be dangerous and delegitimize our democracy, but Billy Angel, like any good fiction writer, asks the question of ‘what if’ and sets his story on a path that is entertaining.

1 Law for All – Gator is an intriguing fictional take on election fraud, even introducing nanobot technology at one point, which having a bit of science fiction infused in the story was surprising but welcomed. It was this futuristic take on how to change the votes that I enjoyed. Fans of political thrillers that like complex storylines and well orchestrated action scenes will enjoy this well written book.

← No Matter How Difficult the Journey is
The Next Life Universe →