← Inside China
Voyage To Bravery → 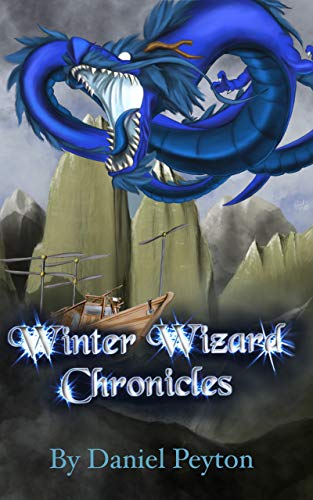 Aeons ago, the earth was in the grips of a bitter war between the elements. The wicked Ice Fairy Queen, bent upon expanding her frozen realm, wishes to engulf the entire planet in a permanent ice age. Witnessing the destruction that she seeks to unleash, the Winter Wizard, her former lover and general of her icy army, turns on his mistress and banishes her to be frozen in crystal for the rest of eternity.

Fast forward four thousand years to modern Tennessee, and here enter the heroes of our story, Brian and Sherri, who unwitting stumble upon the Ice Queens prison and accidentally unleash her, wreaking a new era of bitter revenge upon planet Earth. A new battle erupts, and Brian and Sherri find themselves in the midst of an ancient plan unfolding in a strange land, that has been centuries in the making, and which threatens to make the leap from the fantasy world and into the reality they love.

The Winter Wizard plunges you into a mystical and colorful world from the outset. Not allowing the reader the time to buckle up, author Dan Peyton sets the pace from the very beginning. Jumping straight into the action, The Winter Wizard doesn’t give time to lengthy prose, the action just keeps coming as we’re taken on a non-stop ride into the distant realms of elves and witches, sorcerers and warlocks.

Peyton at times sacrifices narrative depth to keep the speed up and chooses to take us on a journey that gives the feeling of being in the middle a white-knuckled, action-adventure movie. Short, punchy chapters mean we skip from action scene to action scene, introducing new characters, mythology and locations within the blink of the eye, making it easy to read and ensuring there’s never a dull moment or too much time to reflect.

This results in a trade-off between the speed at which the storyline progresses and the fleshing out of the main characters and universe, which can make it slightly hard to relate to the human protagonists. As the storyline develops and expands, the character development doesn’t quite keep up; we see Brian and Sherri progress in their understanding of the magical realm they have found themselves in, but emotionally and individually, less so.

The dialogue is short and snappy, Brian’s quick wit provides comic relief amidst the breakneck pace, and the spikey but warm relationship between a certain cat and a whisky drinking captain of the skies gives an endearing glimpse into lives of those living in this high-fantasy universe.

Peyton creates an entire world that is alive with mythology and magic. Winter Wizard is a adrenaline-fueled ride full of heartwarming moments and tongue in cheek humor that will keep the pages fluttering right until the end.

← Inside China
Voyage To Bravery →