A Country Among Countries 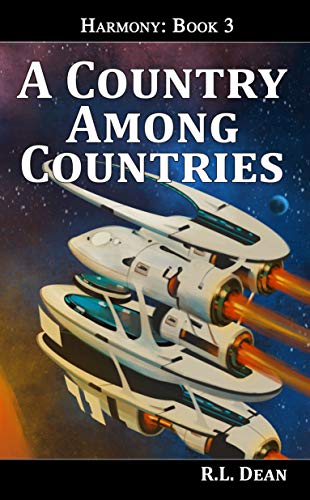 A Country Among Countries by R.L. Dean is a science fiction thriller with deep socio-political commentary. The lives of many characters are intertwined and move towards a satisfying climax. Tetsuya is concerned with ideas of justice and duties and carries the burden of his past mistakes as a cop. Misaki and Middleton are caught up in a complicated game of loyalty and trust where neither can give up their secrets without harming the other. Compton is a soldier struggling with the pressure of tough decisions that lay ahead of him. The UN is intending the economic ruin of Mars by creating a dependence on the businesses on Earth. All of them are connected through Ganymede, a planet where the assassination of Governor Jung had occurred.

There are interesting illustrations woven throughout by R.L. Dean that builds a delightful tension before the chapters. All the characters are given a rich inner life. All their motivations and behavior came from a natural place. I almost felt like I was part of their group, and that is definitely the biggest strength of this book. The characters are three-dimensional and feel alive that you can’t help but feel that this is happening somewhere in an alternate universe. The banter between Asha and her dad was endearing and adorable. There’s also a lot of diversity in the characters- even though some of their origins are not explicitly mentioned, a variety of cultures are portrayed in a realistic manner. In the science fiction that I have encountered, this is a pretty uncommon element, but greatly appreciated. On the flip side, there are hordes of characters present in this book. So it was a little hard keeping track of all of them, but I found that making a note of their names and the relations in a text file helped.

Of course, since it is a science fiction novel, there were some fantastic and fascinating gadgets and devices- like the air recycler systems and the “boxes of water” in hatch pads. I was intrigued by the descriptions of the different spaceships and the inter-space transportation. There are some parts of the story that felt like a commentary on the ongoing political situation in some countries. Especially when a character shares the same name as a leader of one of the most populous countries in the world. However, this didn’t bother me much as the fictional aspect is obviously kept at the forefront.

A Country Among Countries is a thrilling space adventure, with something in it for everyone, especially for people interested in examining the modern political world from a new perspective.