← The Penitent: Part I
War of Strong Wills →

The Ambitious Pyramid of Kush 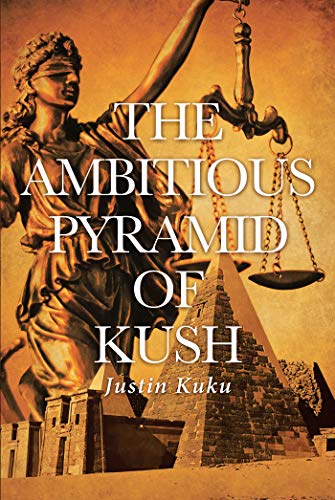 The Ambitious Pyramid of Kush by Justin Kuku is an emotional novel that chronicles the life of a young immigrant man from Sudan as he follows his hopes and dreams for a better life in the United States. The title of the novel pays homage to the ancestral kingdom in Sudan, one that the main character, Tokia’s, African family feels closely linked to, as they struggle against the oppressive Islamic regime that is in power in present-day Sudan. Reading this novel opened my eyes to the deeply painful realities of life in Sudan, including religious oppression, limitations on personal freedoms, and the violence that the government enacts on its citizens. In addition to the heart-wrenching picture that Kuku paints of life in Sudan, he also describes in vivid detail the challenges that immigrants face in the United State due to many reasons outside their control, such as the prejudices of others, language and cultural barriers, and the complicated American legal system.

Though the novel is presented as fiction, it is hard not to imagine that Kuku has drawn on some of his own personal experiences as an immigrant to the United States from Sudan, based on his touching introduction to the novel. The Ambitious Pyramid of Kush begins following Tokia as a young man in Sudan, and follows him to Egypt and ultimately to the United States where he attempts to begin his life anew. Throughout the novel, Tokia develops friendships and relationships with those around him. Some of the best supporting characters in the novel are the women in Tokia’s life, including Katira, a Sudanese woman he befriends on his way to Egypt, and Rashida, a young woman he meets in the United States. In addition to these three main characters, the novel is interspersed with many short-lived characters who have minimally developed backstories, which made it somewhat difficult for me to keep up with each individual and how they related to the overall plot.

With Ambitious Pyramid of Kush, Kuku has identified a very compelling story of one person’s strength, perseverance, and love. The story of Tokia is interesting; however, the book can benefit from an editor. While I found the strength of the protagonist, Tokia, to be inspirational, and I appreciated the personal insights into both the trauma of life in Sudan as well as life for African immigrants in the United States, I would have appreciated more engaging dialogue and prose.

Though the plot of Ambitious Pyramid of Kush is interesting – and I think that the story of Tokia’s life would make a compelling movie – the book reads like a report due to minimal descriptions and the terse conversational exchanges. In reading Ambitious Pyramid of Kush, I felt that Kuku has a wealth of stories to tell, not only Tokia’s, but also those of all the supporting characters.

← The Penitent: Part I
War of Strong Wills →