← Crystal’s House of Queers
No Hiding or Judgement → 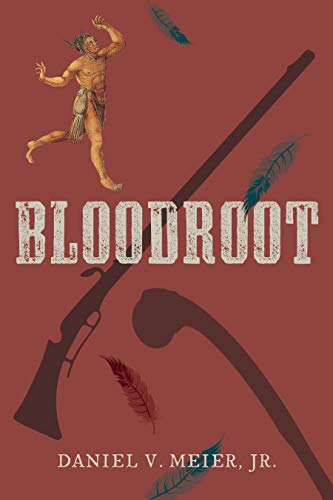 Bloodroot, by Daniel V. Meier Jr., tells the story of Matthew as he arrives in newly established Jamestown, in the spring of 1609. As he attempts to resist the lust for gold sweeping through the fort, Matthew discovers the harsh life of the American colonies. He prevails over many trials, but this is Jamestown, 1609. More perils await him as he remains in Virginia.

Meier gives readers a story depicting the cruelty of men and the ruthlessness to which men are driven under duress. It hides none of the ugliness of the colonial era, instead presenting the bare bones of Jamestown. While at times crude, there was a stark feeling of realism giving to the reader, for the better or the worse, an immersive tale. The prose was appropriate and well chosen. Dialogues often left me breathless, presenting thoughts in a natural, yet elegant manner. I have to note that descriptions did not stick with me half as much as the dialogues. Being fully immersed within Matthew’s mind, I found this disappointing. The first person narration was masterfully done, and Matthew was a living, breathing companion as I read his story.

While I enjoyed this story, I felt that the reveal of this tale being an autobiographic story came too late and too suddenly. I had been content to wander alongside Matthew in his life, but the moment it was revealed to be an introspective work, I began looking for hints. Unfortunately, I could find none. I admit that it is a testament to the strength of the narration. There is no flaw to be found in Matthew’s voice. The storyline was interesting, with side characters that left me wanting more. By midpoint, the story began to unfold, and it became a gripping tale that captured all my attention. Matthew’s struggles with his own morality, with his desire for Anne and his wish to find peace, were suddenly made starker under the pressure applied by the later half of the story.

Overall, Bloodroot was a compelling book, with dynamic characters who made you doubt your own morality. Author Daniel Meier Jr. gives readers an evocative historical fiction novel that is consistently entertaining.

← Crystal’s House of Queers
No Hiding or Judgement →