← What’s So Great About Silent E?
Alter The Course of History → 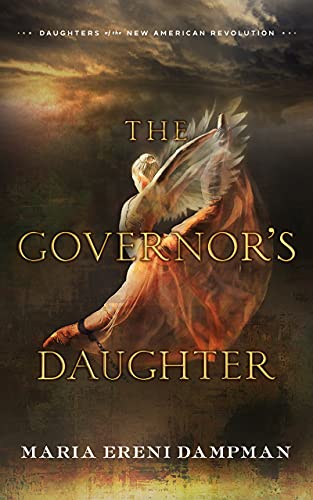 The Governor’s Daughter follows nineteen year-old Emma Bellamy who is guarded and suspicious of others in a brutal dystopian future where she’s treated like little more than property. Emma uncovers the dark truth about her strict society and abandons her privileged life to set our on a perilous journey beyond the walls of the Premier City to seek the truth. But what she finds will challenge her in ways she hadn’t even imagined.

Emma’s character develops dramatically throughout the story as she transforms from a naïve young lady to a woman with huge inner strength. Her dialogue, inner monologues and actions all portray her as a strong young woman who is battling against the system she finds herself in. As she grows and matures, she finds herself to be growing stronger both physically and emotionally. Ryan, her fiancé, is an entitled, and cruel young man, determined to use his power in this corrupt society to its full extent.

Declan, a young physiotherapist, is handsome, clever and darkly sullen. Trapped within the rigid rules of society he is a ‘marked man’ and bears this mark both physically and psychologically. Supporting these main characters are a small group of minor but still alluring characters, that weave in and out of the story. These are characters that both support the government and characters that are secretly fighting the government. All of these characters help to make the story authentic and believable.

While the novel explores some heavy topics the novel has a clear and easy structure to follow. Most of the chapters are all entitled with the name of whoever is narrating that chapter. The narrations give a clear picture of the rules of this disturbing dystopian world, from the points of views of both the oppressed and the oppressor. There are many twists and turns along the way which holds the reader’s interest and keeps them guessing until the end of the story.

The story is set in the future; in 2045 America. The setting is vastly different to the U.S. of today, with physical walls dividing citizens and keeping them apart. There is some description of the architecture, from the palatial mansion like homes Emma resides in, to the squalor others live in. This dichotomy between the haves and have-nots and the physical and moral differences between the two reminds me of Margaret Atwood’s The Handmaid’s Tale, but made for a young adult audience.

The Governor’s Daughter is a riveting dystopian novel with subtle by deep commentary on society. Readers will enjoy following the vivacious protagonist and exploring the vivid dystopian future author Maria Ereni Dampman has created.

← What’s So Great About Silent E?
Alter The Course of History →