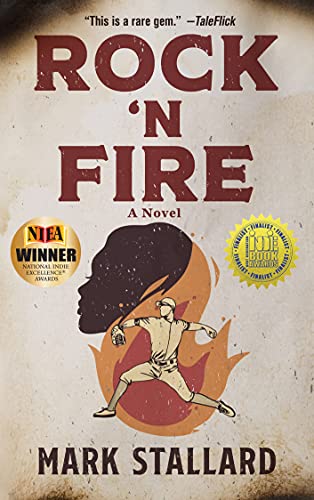 One day, the Cooperstown Baseball Hall of Fame Researcher and Historian receives a letter from a particular Lita Lawson, seeking information about a long-forgotten baseball pitcher, Ray Cavanaugh, claiming to be his daughter. That was the onset of an ambitious investigation held by Mr. Aldridge as he tries to solve the mystery of Ray’s disappearance. Rummaging through the library resources, going through dusty tapes, corresponding over the years with several journalists and radio stations, he tries to locate the old Major Leagues player.

Set against the backdrop of a post-war and disillusioned America that is suffering through the Great Depression during the 1930’s, this novel explores racism and its far-reaching impacts on the lives of people. Stallard’s writing deftly travels back and forth between decades, slowly building up the narrative which spans across generations. It mainly revolves around the lives of three characters, Frank, Ray and Lita, each of whom are reunited by their love of baseball. Despite being a fictional story that traces the history of the sport, it is remarkably engaging in its reflection of American society and also demonstrates excellent storytelling.

What is really interesting to note is the gradual unfurling of the events leading to the discovery of forbidden love, a relationship that was considered taboo and the quest for an identity free of racist bigotry. Both father and daughter ultimately share the same wish to reclaim a sense of self that is not chained down or restrained by societal norms. While Frank looks for clues, even though his conjectures run wild, connecting dots to a possible hushed scandal or worse. Towards the end of his career and life, when he finally gets a response from the left-handed ballplayer, after years of suppressed anticipation, what he finds is an unexpected show of genuine warmth for the daughter Ray had never had the chance of meeting before.

There is some use of crude language and derogatory words, but it is done in a way that sets a tone that is appropriate to the time period. There are also some casual descriptions of Cavanaugh’s sexual exploits. It seemed to me that his affair with Auletta justified and majorly redeemed his character of his past promiscuous behavior. The novel was quite educational in terms of baseball as America’s most popular sport and offers readers an immersive experience.

Rock ‘n Fire is a riveting sports fiction story that follows a compelling and emotional journey that weaves its way through some turbulent times in American history.