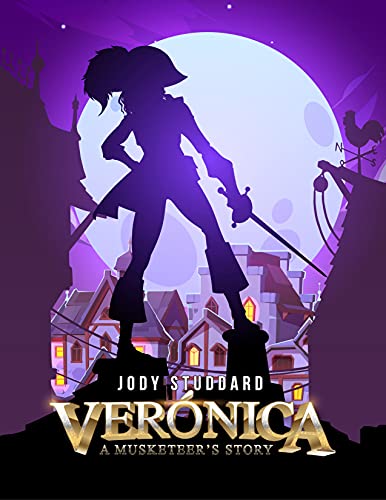 Veronica by Jody Studdard is an adventure story about the eponymous character’s unexpected life events. Born in Añolina, a beautiful country with Spanish-like features, the protagonist has been trained by her father to be a bullfighter since her childhood, despite the outside world’s prejudice against women in this vocation. But when things don’t go exactly as planned at Veronica’s debut as a bullfighter, she rapidly runs away to encounter exciting adventures in a brand new country, Ançaisia, as part of the revered Kings guard, the Musketeers.

The premise of the riveting children’s fantasy story is quite interesting and the fictional countries are clearly based on real-world ones, such as Spain, France, and Italy, but they are filled with fantastical elements. Veronica often references magical concepts and creatures as well as different humanoid species. This makes the story exciting and the solid worldbuilding adds an extra layer of depth to the story and the creatures.

The characters are well developed, making it easy for readers to relate to them. The main villain’s character is well defined, which is surprising because children’s stories often have one dimensional antagonists but here we get a character that obviously has some thought behind it. But even with this I still found myself rooting for the good guy.

Events unfold one after the other keeping the reader engaged throughout the story and making them want to read more. I felt the use of a very convenient magical artifact made things a little too easy for the characters, but I was still enjoyed in the story.

Veronica: A Musketeer’s Story takes readers on an imaginative sword and sorcery journey that was fun from start to finish.