The Soul Is Beautiful

Jon and Anna tells a love story between two people who fall in love and communicate over the computer. What was the inspiration for the setup to your story?

Yes, it is a love story, a beautiful story. I was inspired by the divine, I felt at some point in my life I want to write a book to tell a love story. To whom the computer is strictly necessary for the survival of each of us, Jon and Anna who, thanks to a computer are not lost in the world.

Jon and Anna are interesting characters. What were some driving ideals behind your character’s development?

Yes. It is fascinating development I certainly thought there really happened facts to write in my book like the tsunami in Indonesia and the gulf war ended in 2005 and the wall fall in New York .Jon is a protagonist in real events a very valuable and honorable help, Jon it’s a marines, and he knows how to save himself and get out of it. And also It is very important Anna and understand how to teach her so fascinated by him and, the message of Jon that when he manages to go back to the computer and writes to Anna and she asks him how he is the war he replies: ”no I can’t tell you anything the war is horrible. Anna in the meantime was in New York with a fallen wall, the city in total panic, victim of another circumstance that she doesn’t tell Jon right away… yes and the love is keep going unconditionally. Jon and Anna is a project for an Hollywood movie.

Yes. After all I will think about yes I have an idea on my mind to write a true story really happened. 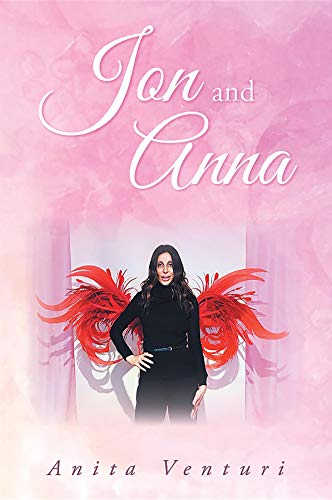 The story of Jon and Anna is told through messages exchanged on a computer between two people who fall in love. The story is told in Italian with English translations provided as well which should fit anyone who is comfortable with either language.

Jon and Anna is an emotional story that tells a sweet love story that we only get a peek at through the messages they send to one another on the computer. This is a timeless story of love that I think many people will be able to relate to, especially in contemporary society where so much is done on the computer. This is a love story for modern times and will speak to anyone who has been separated from their loved one, and their only connection with them is through the computer.

The characters in the story are intriguing and portrayed in unique ways through the dialogue on the computer. This is something I have not seen before in other literature. Jon is a successful business man with a military education but he definitely someone readers will grow to enjoy. Anna is an impassioned character with a wistful outlook on life and I felt that her character brought most of the emotional color to the story.

This is an interesting contemporary romance book that tells a personal story in a unique way. This feels like a fictional memoir with how it tells a story that can almost be believed. I recommend this book to anyone looking for a passionate love story that is told from an uncommon perspective.