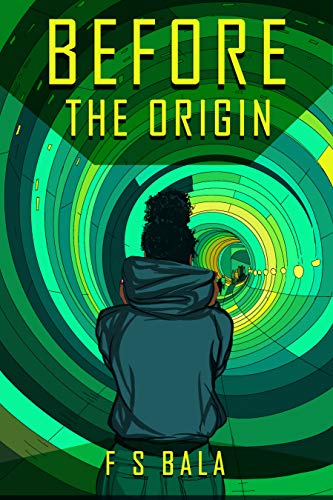 Before the Origin by F.S Bala is an account of events in several people’s lives all connected by the change in pattern in the world’s occurrences. Amy Taff, an outstanding character in the book, is thrown into a world of magic, science, and mystery. Her life changes drastically after she gets a job at Scythe. Immediately she realizes that a thread holds the balance between life and death. Ash, a talented young man, partakes in scientific government projects but his friend Abel, has several conspiracy theories surrounding this project. The lives of all these people are connected in one way or another by the environment, science and technology.

F.S Bala has outlined every event in a systematic manner that creates a balance between different generations and lifelines. The writer has embraced vivid imagery creating in depth visual representation that brings depth and color to the magical realism genre. The story is not a far-fetched work of fiction but based on normal day to day life occurrences and the prediction of the future. Although the book leans more towards science and technology, Bala uses poetic language that is filled with humor to bring levity to what could have been a drab experience. I am impressed with Bala’s writing style and the author’s ability to incorporate African folklore into this story, which made this book educational as well as entertaining.

Before the Origin is a engaging action adventure novel that excels at creating alluring characters in an intriguing world.