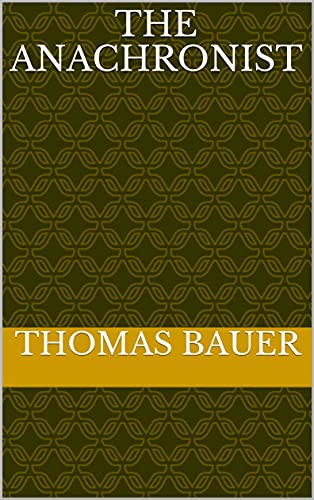 The Anachronist by Thomas Bauer is a tragic tale of a man stuck in-between his perpetual obsession with the Civil War period, and the mundane world of modern-age reality. The protagonist of the novel, Charlie Schultz, is living in a failing marriage and is bound to continue a job with no progress, with very little hope at the end of the tunnel.

His only way of purgation is his role as the Confederate soldier Simon Culpepper, a heroic persona he assumes during the mock battles. He wishes to transcend the barriers of his meek personality and become as valorous as his alter ego, but fails to unify the two, and gets trapped in this dangerous loop of anachronism. The tragic end of the novel perhaps puts an end to his mindless obsession but also throws light on the painful realities of his life.

Charlie’s wife Rebecca and son Zack fail to respect him and blame his obsession with the mock battles for their impoverished conditions. Charlie daydreams about his role as a brave fighter and neglects his duties as an employee. As a consequence, he fails to get a promotion year after year, and his family has to suffer. Charlie’s desperate wish to have been born in the 1860s reflect his incessant obsession with the past, an urge so strong that it almost detaches him from reality.

We could also read Charlie’s love for the past as a coping mechanism for his growing depressive state. He fails to find a purpose in his everyday life and lives the life of his dreams through these enactments. He becomes a butt of ridicule to everyone around him, but that doesn’t deter him from his anachronistic desires. In the end, we see him in a state of frenzy, when he goes to a dangerous extent to live in the shoes of his character, Simon Culpepper. Wrought with a smooth flow of language and a dark, ironic sense of humor, the book is a must-read.

I thoroughly enjoyed The Anachronist from beginning to end. Short, crisp, and packed with emotional authenticity, the novel truly strikes a chord in the hearts of the readers, without being dramatically sentimental. The harsh truth of reality, the pain and agony of depression, the inability to find a purpose, and the painful ending, and the dry humor make this novel a great read.