A Chinese’s Accusation Against the World 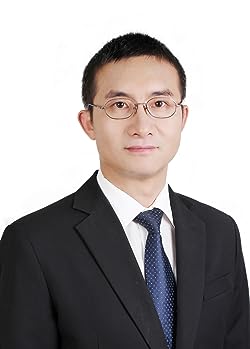 What is this book about?

This book provides comments on political issues and events, including Chinese reforms, politics, culture, Islamic reformation, contradictions in Western free market economy, and rise of right-wing forces and nationalism under the drive of the development of robot and internet.

This book shows totally new points of view and perspectives to readers, which is helpful for readers.

What are the benefits of your book to readers!

The western world is being in the flood of nationalism and right-wing forces, and great differences and gaps occur. The resulting outcomes include mass unemployment, and severe social problems. We can consider, comprehend and solve such problems from a totally new perspective.

What inspired you to write this book?

I have been voicing my comments on the Internet, and most of my comments have been adopted by the government. I think it is time to compile these comments into a book to share with the public.

Who do you target?

Although my viewpoints in this book are profound and afford for thought, they are presented colloquially. Thus, all people can understand me.

That’s to say, this book is suitable for all people.

How long did you spend writing this book?

The first article in this book was written in April 2004, and the last in March 2016. My recent articles are available at http://www.aaamary9.com for free, and new articles are written every month.

How did you get this title?

All religions have entered the dharma ending age, the power of all religions will disappear, and the world will fall into chaos and crisis subsequently. I intended to help readers redefine good and evil or bring the evil to trial via case analysis. Thus, I titled this book Century sentence.

Why did you choose this cover?

This book is full of sharpest contradictions and evilest events in the world, so the author is heavy-hearted. This cover is the best expression of the author’s feeling.

What is the largest difficulty of this book?

This book is not consistent literally and internally.

Ordinary readers can understand the literal meaning only, and I don’t think there are many people who are able to perceive the connotation of the book. Thus, many readers will misunderstand the author, or the author deliberately intends to make him be misunderstood.

What do you want to say to readers?

The author will never mind any kind of comments from readers, positive or negative.

This book consists of three parts:

1. The commentary on China

The commentary on China proceeds from the analysis of the Chinese political phenomena on the basis of the creation of human consciousness, subconscious, culture, and the origin of Chinese culture in order to provide opinions on China’s reform from the perspective of an ordinary worker and to try to change the political environment in China with the strength of a netizen.

Though most of my remarks had been deleted for being too extreme, yet in my point of view, my remarks posted on the Internet did make a difference on public opinion, thus affecting the political direction of China.

2. The commentary on Islam

Chinese government has long been harboring Islam, with whom I had imprisoned my anger. However, I was pushed over the edge when I heard the news that terrorists of ISIS ornamented poles with human heads. I decided to crush Islam on my own as an ordinary netizen.

Islam is not as horrible as what you have imagined, but it will be easily crushed and swept like a piece of trash as long as proper methods and theories are adopted.

3. The commentary on Western and other countries

Western countries are respected for a reason–its advancement–yet there are certain irreparable deficiencies, and they are revealing themselves. Something terrible might happen if these deficiencies are not properly handled.

Century Sentence: A Chinese’s Accusation Against All of the World

If you’d like to know how people feel in a country different than your own, you should read collections of their thoughts. Century Sentence by Xu Xue Chun is just that: a collection of previously published thoughts from a man who lives in China. At a staggering volume of over five hundred pages, you will learn how Chun’s thoughts have impacted his life and how he feels about the state of the world. Available in both Chinese and English, for the purposes of this review we will be referring to the English version. Here, readers will be able to see inside the mind of a single citizen of China while learning how one man has taken his upbringing and applied his cultural views on various states and topics of global concern and turning it back again upon his own country.

This book is broken down into three key sections and the thoughts within are organized as such. The first section refers to a commentary on China. Here, readers will find the thoughts of a man who is not always at peace with the decisions of his country. Chun gives readers a glimpse at what his reality is and how he feels about this. He dabbles with philosophical ideas and his views on them. The second section is a commentary on Islam. Chun is not pleased with how things are developing around the world and within China on this subject. The final section is a commentary on Western and other countries. As a writer from a western country, it is interesting to see how others perceive my country from a completely different perspective. By sectioning off his thoughts like this, Chun makes it easy for readers to get into a flow.

As the author is Chinese and has limited English skills, by his own admission, grammatical and spelling mistakes are expected. It can be difficult to read this, however, because of how the translation was done. There is no flow and sentences can feel choppy and uncomfortable. Chun’s thoughts on western countries are fairly archaic. His thoughts on gender roles and how the world can resolve its incessant need to keep fighting itself are also alarming. There are several passages in the book where Chun makes reference to how men and women should treat each other and what Japan can do to be seen in a better light from his perspective.

If anything, Century Sentence by Xu Xue Chun is an exercise in seeing how a citizen of a country as large as China views the world around him. The thoughts are fairly well organized although the translation could use a bit of work. It is an exhausting read, however, and not one that would be easily recommended. This book could be useful for those who are studying international societies or for people who are looking for a wildly different perspective on world cultures.