← Conversations with Eric
The Horror of Nachos and Hamantaschen | Podcast →

Against the Backdrop of the Apocalypse 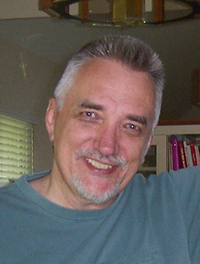 Jacob’s Odyssey is a post-apocalyptic novel taking place shortly after a zombie outbreak, but I find that the story is more character driven. How did you create Jake and Sarah’s characters in a way that contrasted yet still supported their development?

While I understood Jake’s issues arising from his childhood prior to writing the novel, Sarah’s troubled past came to me about midway through. I wanted–actually needed–them to push each others buttons so their issues would come to the forefront. That way, they would have the opportunity, against the backdrop of the apocalypse, to confront and heal their personal demons.

A major turning point in the novel is when Jake’s brother contracts the virus and Jake has to make the difficult decision of ending his life. What was your inspiration for Jake’s emotional turmoil during and after that event, and how he handled it?

Jake killing his brother in the first chapter helps define his greatest character flaw–a selfishness born out of a grasping neediness. It’s really what sets the whole novel up. Jake didn’t kill his brother out of compassion or necessity. In that moment, his only concern was for himself and his need to survive. His brother didn’t factor into his decision to pull the trigger. The guilt Jake feels in the aftermath and throughout the novel brings his childhood issues to the surface in a painful way and forces him to seek what he believes will be redemption.

The novel takes place in Salt Lake City. Are you familiar with that area?

Actually, I live in SLC. Love it. The familiarity with the valley made the logistics of the “journey” across the valley easier to write and describe in detail.

There is a lot of zombie novels out there today. How do you think Jacob’s Odyssey stands out from the rest?

I think, as you mentioned in your review, this is a character driven novel. Not really a lot of those out there in the field of zombie literature. I wanted to write an intelligent zombie novel. When my daughter was younger, we used to watch zombie movies together. We lamented the fact that so many of them were terrible and made no sense. I thought then that I would someday write an intelligent zombie novel that actually made sense. Hope I’ve accomplished that.

Jacob’s Odyssey is the first book in the Dead Dayz series. Can you tell us what the second book will be about and when it will be available for fans to purchase?

The second book will be called Finding AJ. Same apocalypse but with different characters, setting, and story line. Despite being caught up in the apocalypse, former Former FBI agent, Jules Vandevelde, continues her search for a brutal, psychopathic serial killer known as the Calligrapher. Her search leads her to a small town in Southern Utah called Gideon. There, she must ferret out the serial killer from amongst the survivors while helping the people of Gideon survive the apocalypse. It will be available in the first part of 2017. No date set yet.

A terrible virus has struck and the world has deteriorated into chaos. And with the infected now outnumbering their human counterparts, chances for survival lessen with each passing day. After running out of food in his condo, Jake must make his way across the Salt Lake Valley to reach the safety of the mountains, and he must use his wiles to avoid the packs of infected roaming the streets. But Jake is haunted by a devastating personal tragedy he can’t let go of, and his journey of survival quickly turns into a quest for redemption.

← Conversations with Eric
The Horror of Nachos and Hamantaschen | Podcast →