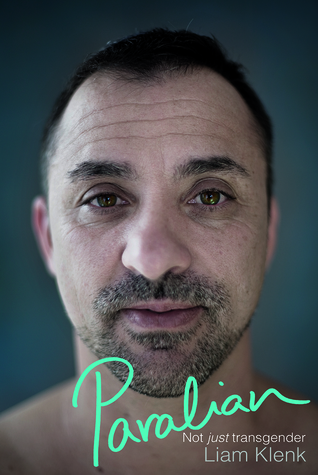 The term “Paralian” comes from ancient Greek origins, and it has taken on the meaning of “people who live by the sea”.  There could be no more apt title for Liam Klenk’s autobiography. In Paralian: Not Just Transgender, He recounts the sweeping and nomadic movements of his life via the lens of the rivers, lakes, and oceans by which he periodically makes a home. Water is the element of change and transition.  It is also the element at the heart of so many human-nature entanglements; the resource that has always defined and guided the movements of our species. Fittingly for a tale of bodies, travels, transitions, and wandering, Klenk uses bodies of water to parse the sections of his life like chapters in a narrative.

The voice and experience of Liam Klenk is tender, vulnerable, and honest. It comes to the reader unassumingly and asks only for a patient ear. As the title would suggest, Paralian: Not Just Transgender tells a tale far wider in scope than Liam’s courageous journey through gender confirmation. If anything, the story is about the contexts that occur before, during, and afterwards. It tells the story of a human being finding his place in this world. It opens near the River Enz in Germany, with a young girl named Stefanie and illustrates how a complex and tumultuous family origin, vexes and feeds her inherent confusion over identity. At the end, the reader closes on a confident, middle-aged man named Liam who views the world through hopeful, optimistic eyes from an airplane above Hong Kong. In the intervening pages a transition obviously happens but—to the author’s point—so does a full life. As Stefanie becomes Liam, the reader is taken abroad from Germany to Seattle, from Zurich to Italy to Macao, and all points in between. What makes Klenk’s tale so necessary is that we get a story about a transgendered individual that articulates that while a singular aspect of his life was important, it by no means is the sole determinant of identity.

Regarding execution and readability, there are some pieces that could give readers trouble. As with many ESL authors, minor line-level similes and metaphors go overboard at times and actually distract the reader from the emotional intensity of scene and moment. The larger issue however is that Paralian: Not Just Transgender isn’t just a fascinating book, as it is several fascinating books mashed together. Because Life has no definitive plot, the best works of biography and creative nonfiction tend to follow an A-side/B-side construction in which real world chronologies and events are echoed and digested alongside another more metaphorical through line. Klenk’s book is framed around the metaphor of nomadic travels and bodies of water, but the device is often glanced over or abandoned entirely for lengthy sections. This leaves the prose, like it’s subject, to wander widely. Luckily for Klenk, his book is entertaining enough that its propensity to lose direction is easily forgiven.