Miss Sally: and the Sinners That God Ignores 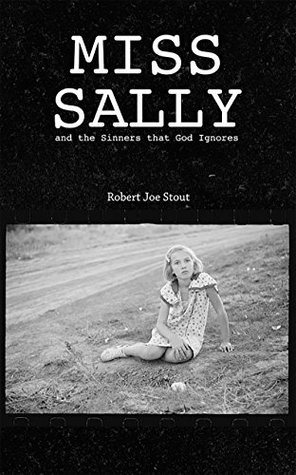 Miss Sally by Robert Joe Stout is a portrait of a young girl growing up in Texas in the 1930’s. Through trial and error 13-year-old Sally Halm finds out about sex, relationships, and what it means to engage in this behavior without love. She painfully learns what it’s like to be a woman in rural Texas during the great depression and how the church expects women to behave. After patterns of abuse, devastating discoveries, and misguided adventures she learns what it means to be saved and accept Jesus as your Lord and Savior.

My initial reaction when I began reading this book was one of excitement. I love history, and the 1930’s are one of my favorite eras because of how much was going on across the country. The Great Depression left a tremendous impact on the families affected. After getting a few pages in, however, it was difficult for me to place myself in the characters shoes.

This story gets better as it progresses and when I was further in I was unable to put it down. The writing style while not my favorite was engaging as the characters started to come to life. I especially enjoyed how Mr. Stout wrote Sally’s relationship with her mother. The relationship felt realistic to me because of my own experiences as a 13-year-old and how my mom and I got along.

Sally is a simple minded girl, she is not beautiful, and her family treats her this way. While her sisters, Judy and Hill’ry are thought to be beautiful. As a result of the treatment, she receives Sally has a low self-esteem and her sisters, lovers, and her imagination can quickly persuade her into things she doesn’t want to do. Through all of this, I noted that Sally still seeks the approval of her family and loves them very much.

Sally eventually becomes more curious and finds herself in trouble. After being landing in a church revival, one woman’s story sticks out to her in a way so profound she doesn’t feel she has done wrong enough to be saved by the Lord. She paints her own picture of this woman and believes she has to be like her to be truly saved. This event along with her sister’s encouragement lead to Sally’s dark fate. After what seems like years of abuse and bad decisions Miss Sally goes with her mother to be saved but is once again given the short end of the stick.

Sex and coming of age are two major themes in this story, and Mr. Stout’s rural writing style helps with the setting. Had this story been written any differently the plot wouldn’t have made sense. It was compelling and painted a strong picture of life for a young girl at that time.