The Revelations at Black Corners follows a young boy who becomes a great writer after an accident and his subsequent search for answers. What was the inspiration for the setup to this intriguing story?

The inspiration came from an accident that I had in junior high where I had to have surgery on my hand due to getting it caught in a printing press. I began to wonder how I could create a story around that incident. My mind began to wander thinking about how great writers had gotten their starts and then an idea popped into my head as I was thinking about Stephen King. Of course his novels are on the lines of the paranormal, so I thought I would follow that train of thought.

JT is an interesting and well developed character. What were some themes you wanted to capture in his character?

I wanted to be able to show J. T. as a confident writer who does not take his fame lightly. He knew where he had come from and how his writing developed after the surgery, so he had his doubts about his own talent. Also, I wanted him to be a funny but compassionate person who would do anything for anybody. A writer like Castle, from the television series, but not so arrogant.

I really enjoyed the twists and mystery in this story. Was this planned before writing or did the story develop organically while writing?

The story developed organically while I was writing it. There were moments where I found myself not having any ideas and then I would take a walk in the park and then bang, and idea jumps right into my head. It was a fun project for me and the more I developed the story the more I thought Wow, is this happening to me right now!

My next book is an adventure into the science fiction world. This will be a first for me and a challenge. It starts with a person getting a DNA test and then finding out he is not of this earth. The story continues with the fight for good and evil among the humanoids who are not from planet earth. I hope to have it finished by mid-fall and for sale on Amazon sometime in late October. 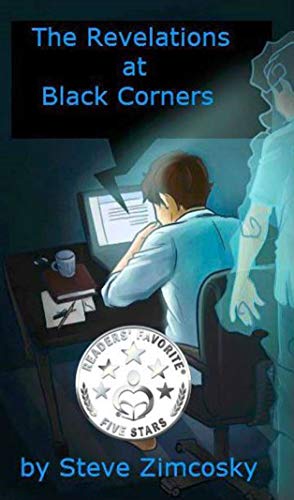 An accident in junior high leaves a young boy needing surgery. Afterwards he has an insatiable desire to become a writer leading him to become a New York Times best-selling author. What happened during the surgery to lead him down this path? While doing research for a new book he finds the answer in the small New York town of Black Corners!