← The Conflict of Desires
The Story is Apocalyptic → 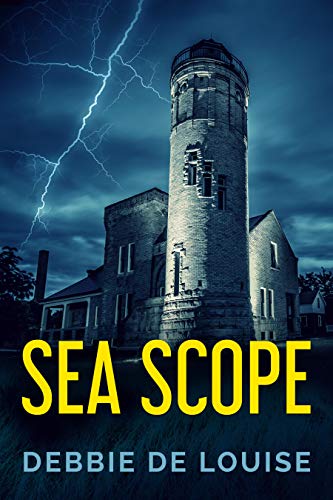 Sea Scope by Debbie De Louise is a psychological mystery about an incident that happened twenty years ago with effects that stretch into the present. Sarah Collins, a children’s book illustrator, agrees to visit her aunt for the summer to escape the problems in her marriage. But returning to Sea Scope, the inn her family owned when she was child, is not the ideal place for a relaxing vacation. Because Sarah’s family closed the inn and left town after a young man died under mysterious circumstances two decades ago. Now, someone is not happy that guests are returning to Sea Scope. Sarah and her aunt begin to receive menacing notes and texts claiming to be from Sarah’s dead brother, Glen. Who is behind the attempts to scare them away from Sea Scope? And what really happened at the lighthouse all those years ago?

I enjoyed the mystery behind this story immensely. I really like books that I have to work at solving the puzzle. There were lots of clues in this story and I spent most of the book trying to figure out how the pieces fit together. I was able to guess at a few things, but there were also a number of unexpected twists that surprised me.

I liked the pictures and information about lighthouses that were included in the book and I enjoyed learning about some of the history of different lighthouses in the United States. It was interesting to that get additional insight into the character of Michael.

The story started off a bit slow for me. I felt that there was an over abundance of backstory and setup with nothing much happening for the first several chapters. I felt that there some information that was mentioned multiple times, this along with a surplus of detail made the story feel slow. I wanted the mystery element to be introduced sooner, because it’s enthralling, and that would have really pulled me into the story. It wasn’t until after Sarah arrived at Sea Scope that the story started to grab my interest.

I’m glad that the story ended happily for Sarah, especially after the tragedies she’d already suffered and all the shocking secrets that she learned about her past. Sarah was an intriguing character that I enjoyed following through a superbly developed mystery that was unraveled perfectly.

← The Conflict of Desires
The Story is Apocalyptic →