← JUMP!
Too Tempting to Miss →

The Fate of Wolves 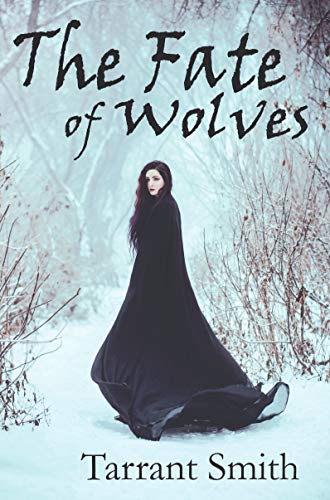 Eva is isolated, and that is by her own choosing. She is the sole survivor of a lineage of werewolves. Avoiding others like herself and steering clear of humans, she has managed to keep away from everything posing a threat to her very being. Eva is strong and a force to be reckoned with. Deegan has met his match in Eva. A werewolf himself, he is not part of one of the most desirable clans. When forces beyond his control begin to rule him, he finds himself on the verge of giving in and giving up. Whether either of them realize it or not, Eva just might be the answer he didn’t know he was looking for.

The Fate of Wolves, by Tarrant Smith, is the second in The Legends of the Pale series. From cover to cover, Smith delivers insanely well-drawn characters and enough moments of levity to keep this paranormal romance moving along at a brisk pace. Never does Smith’s work lack. As the author bounces from one subplot to the next and back, she keeps readers on their toes and deeply involved with each of the main characters and their tragic lives.

Eva is simply amazing. Smith’s descriptions of both her wolf and human halves and how the two are often at odds is captivating. I am oddly fascinated by characters who choose to isolate themselves, and Eva is a prime example. There is so much to be explored in characters like Eva whose mental anguish is so tangible.

I would be remiss if I didn’t address Smith’s opening lines. It’s not often that I rave about the beginning of a book, but in this case it’s a must. From the first sentence, Smith had me hooked. I am not always one to pick a fantasy, but when I do, I lean toward those with characters who shape-shift. There comes with these characters a certain fascination that I don’t get with those in other fantasy novels. The mere mention of werewolves is enough to catch my eye, but Smith snags readers like me from the opening paragraph when she states that werewolves are, indeed, not mythical.

Smith has a unique take on settings. She places her clan in present day. At first, I was a bit taken aback, but I realized as I read that it completely works. It’s not the fact that their human halves are technologically savvy that makes or breaks a book of this genre, it was the inner turmoil of characters like these that makes them timeless.

Anyone who enjoys down-to-earth main characters in their fantasy series will be taken with Deegan and Eva. The entire cast of characters created by Smith is deserving of readers’ adoration for that matter. Humor is a big part of Smith’s writing and adds to the depth of her characters. I highly recommend this book to readers across genres–it’s a must-read.

← JUMP!
Too Tempting to Miss →