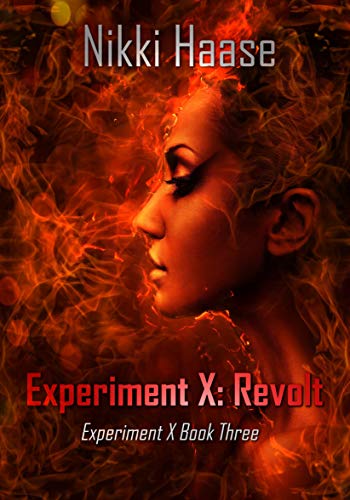 Experiment X: Revolt by Nikki Haase is a dystopian science fiction novel about the lives of the Subjects, creatures with special powers that were created in the Lab. These Subjects realized they were being manipulated by the malicious and charming Doctor James Thaddeus who has the ulterior motive of creating his own army and ruling the world. Once these Subjects have escaped and are out in the real world, they soon realize it is no longer a battle of Subjects vs Thaddeus. Rather, due to Thaddeus’ connivance, the whole world views them with suspicion and judgement. After a botched mission, the media furthers the fear mongering surrounding this group. However, if they wish to save the ones they love, they must find a way to take down this despot.

At the center of all this is the narrator Karen. She offers a wonderful window into the lives of the Subjects: their anxieties and discomfort in this world that they are unaccustomed to. The plot, which follows the superheroes as they are framed for wrongdoing by a charming sociopath, is well-executed and moves at the perfect pace. It’s not a series of jam-packed action scenes. Rather it takes the time to develop characters and their complex dynamics. However, the narrative was not at all difficult to latch on to.

If you missed any of the previous books in this series, starting here would be like starting any of the Marvel movies midway: even if it’s a lot of names and superpowers to remember, you can pretty much immediately understand what is going on.

The perspectives of different people throughout the story were explored very well. The Subjects were a believable bunch in a realistic situation. Even though it’s a premise that’s worn thin, I was able to empathize with nearly every Subject’s flaws and troubles. Although Thaddeus was a bit two dimensional, the sheer amount of negativity with which he was portrayed made up for any sympathy I may have had left.

Experiment X: Revolt is a quick, fun read for anyone who is into the likes of the Marvel and DC cinematic universe. Even if you’re not, it’s great for a thrilling adventure fantasy.