← Sustainable Behaviours of Transformational Leaders
A Story About Life and Football →

They Were my Therapy

The Perfect Sister follows a woman desperately trying to uncover the truth after her sister is killed and the suspected murderer may be innocent. What was the inspiration for the setup to this thrilling novel?

The novel takes place in my hometown of Rochester, NY and is based upon a true event involving a corrupt group of men who tried to gain a political monopoly over the city in 1904. I not only had easy access to the research, but the setting is in my back yard.

Katherine is an intriguing and well developed character. What were some ideas that guided her character development?

I wrote many of my books during a difficult marriage. They were my therapy. I could easily relate to her timid, browbeaten character while her father, in essence, represented my spouse’s behavior. Finding the strength within oneself is especially difficult when someone close to you is constantly critical.

I enjoyed the mystery at the heart of this novel. Did you plan it before writing or did it develop organically while writing?

With all my novels, I gather research around a true event, then begin building the plot as I go. It’s mostly the characters that move the story along as it depends upon how they would react in each scene or given situation and what they would do next.

I have completed seven novels with the fifth one releasing in March 2020. The others available on Amazon and those forthcoming consist of medieval, western, suspense, thriller, and two murder mysteries. 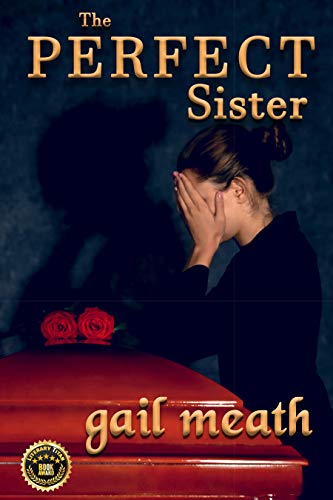 After a beautiful socialite is murdered, her timid spinster sister must shed her fears and play a deadly game with corrupt politicians to prove the killer’s innocence. Rochester, New York 1904.

Katherine Mansford knows her father wishes she had died instead of her sister. She wishes that too. Lorraine was perfect…beautiful, sophisticated and engaged to a prominent lawyer. But she told Katherine a secret before her death, one that forces her to do the unthinkable…lie to her father and the sheriff.

On the day of the funeral, Katherine escapes to her secluded cabin down the beach only to discover Michael Johnston, the accused killer – her sister’s lover – hiding there. He insists he’s innocent and she begins to doubt his guilt; and her sister’s innocence.

As Katherine ventures on her own to seek the truth about Lorraine, she and Michael are dragged into a dangerous and vicious plot against her father and the city.

← Sustainable Behaviours of Transformational Leaders
A Story About Life and Football →