← Quest for the Holy Grail – Trailer
Tragedy and Loss → 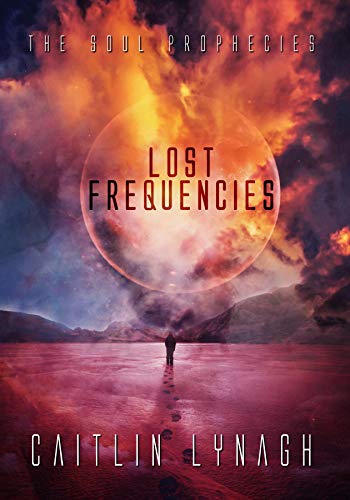 Lost Frequencies: The Soul Prophecies by Caitlin Lynagh is a book that gives you all the benefits of escapism while maintaining a terrifying sense of reality throughout.

It is about a group of people in a dystopian world, trying to survive against all odds. Their world is ravaged by the carelessness of their ancestors. They have to struggle for their basic necessities, all the while fighting back an evil but pragmatic corporation.

The novel switches back and forth from the past, and between dream sequences filled with strange prophecies. I found this a little disorienting. But it provided great contrast and detail to their fictional world. It was also quite fast paced, so it took me a while to get a hang of all the things taking place, especially the dream sequences.

The world itself was reminiscent of The Hunger Games, albeit more exotic and more relevant. Especially considering how their world came to be from climate change and being indifferent to the state of the planet.

Some of the secondary characters were totally adorable- particularly Ehi and Zerren. I felt immediately connected to them and was rooting for them throughout. Apart from these few, however, there were a lot of other story lines of characters I did not particularly care about. They had interesting side plots, but I wish the focus had remained more on the main few.

The objects in this world were also incredibly fascinating- like Lif, a biological metal that can be manipulated with thoughts. The differences between the humans and Iyeekans were very interesting and creative.

If pressed, I would probably describe this book as a science fiction adventure, but that would almost be unfair. This is because the book almost transcends genre. Even the planet’s reality seems not so distant from ours. I would recommend this book to anyone who is looking for a scary yet hopeful science fiction experience.

← Quest for the Holy Grail – Trailer
Tragedy and Loss →