← Murder at Macbeth
Her Eyes Underwater → 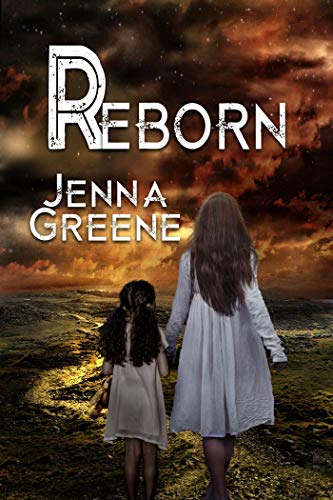 The beauty of books is that every reader gets to explore the artistic mind of an author. Jenna Greene in her book Reborn perfectly shares her thrilling fictional artistic imagination that is both exciting and heart stopping. Reborn follows the harrowing story of Lexil. She raised her baby brother after her parent’s passing, and she is naturally a protector, at her young age of sixteen she will do anything for the ones she cares about. She is sold into slavery by her elder brother, but she is positive and embraces her new fate. Branded docile and naive, Lexil will do anything  for her new child friend Ceera who is barely five years old, and Finn a double-born with a dream of being free but no one else to believe in him. Following a strange and precarious path, they embark on a journey to better lands, and a free life, which they only heard of. But the path ahead is full of retrievers and tracers. They brave tough, hungry, cold nights together, always hoping that one day they will get to their destination.

Reborn expertly utilizes the theme of being ‘marked’ to indicate the baggage we all carry. Lexil’s drive to seek a better life is reminiscent of a better life that we all seek. And in this way we’re able to connect with Jenna Green’s compelling protagonist. Lexil was a character that was easy to empathize with, as she risks herself to save another, but also because her motivations are easily understood. Lexil endures brutal punishment, both in slavery, and her flight from it. So it makes the reader questions what would have been a better path?

The wasteland was an intriguing and well developed backdrop to this dystopian thriller. It’s barren but there is always the sense that danger is near and anything could happen. Having such delicate characters in a harsh landscape makes for some suspenseful reading. Jenna Green is able to slowly build up characters from one-dimensional personalities into enthralling people you enjoy following.

This is a thrilling science fiction story that will appeal to fans of the Divergent series or to readers who enjoy the thoughtful reflections reminiscent of George Orwell’s 1984. It was a unique view at a dystopian future that is disturbing, but Lexil’s dangerous journey to seek the light at the end of a dark tunnel will ultimately inspire hope and entertain readers along the way.

← Murder at Macbeth
Her Eyes Underwater →