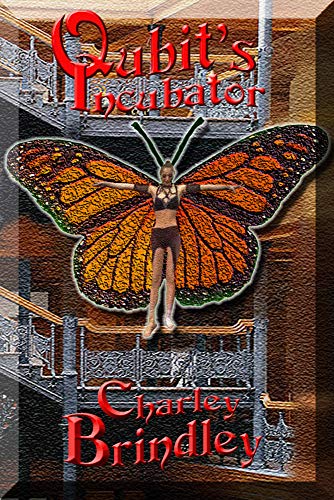 A young and bright girl named Catalina Saylor is put to the test in a company called Qubit’s Incubator, in which she’ll have to prove that her idea is a viable solution to problems and can be patented, all within 30 days. She’ll have to navigate the coldness of corporate culture and brutal competition that comes from her new coworkers, the constant gaze of her boss, and the ticking time that seems to consume itself quicker every time she glances at the clock. Qubit’s Incubator tells the tale of a young coder that has been wronged by a loved one and now seeks funding for her new project.

Qubit’s Incubator is a thrilling story, with a quick pace that keeps things moving along even when reading about the technical coding aspects of the story. Charley Brindley uses dialogue and characters to drive the story, with Catalina being a strong protagonist that gets by on her intelligence. Which is a welcome change of pace for strong female protagonists, to show that women can be strong in so many different ways. The coding felt realistic, but not overbearing, and served to give the book a technical flavoring rather than to make you feel out of place. Catalina is a very well-constructed character, with quirks that make the reader feel more connected with her, for example, the fact that she is always carrying her “lucky” charm resonated with me. The incubator was well designed and I enjoyed the eccentric names for the different ranks that existed within the company.

The other characters, or drones as the author calls them, gives a cold corporate feel which was fantastic in its ability to capture that feeling so completely, but it is a feeling you love to hate while reading. While this is how our main character feels at the start of the book, she’ll see that not all of them are like that, she’ll encounter people willing to help her instead of tear her down, and even the ones that seemed rude at the beginning aren’t that bad either. This slow evolution of characters is something I really enjoyed.

There was only one thing that I found odd; at the end of every chapter there is a picture of the character that was just described. The author is good at describing characters and this removes the opportunity for my imagination to fill in the gaps.

Qubit’s Incubator is a thrilling young adult science fiction novel that kept me interested in the protagonist and intrigued by the incubator.