← The Black Inked Pearl: A journey of the soul
Silent Screams → 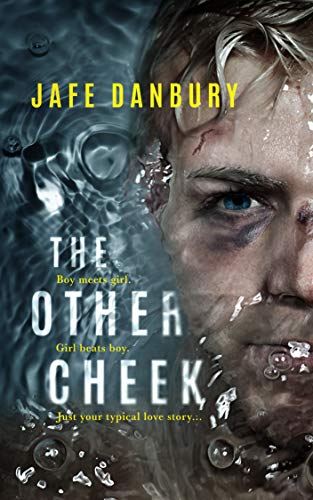 Rich has everything going for him: a job for which he has been well-trained and loves, a family who loves him unconditionally, and a beautiful and talented wife. Rich has just one thing going against him–his beautiful and talented wife. Their life together was supposed to be ideal. Her budding career as an actress and his job as a trusted member of television production crews should have combined to form the perfect union. But all is not as it seems in Rich’s life, and try as he might, he can’t seem to crack the code to Tami’s mood swings. The not-knowing is killing him–literally.

The Other Cheek, by Jafe Danbury, is the story of one man’s struggle with domestic abuse. Rich faces the unknown every day since his marriage to Tami. He wakes and sleeps only according to her inner demons, and his battle is one for the record books. No one is more patient or giving than Rich. Time and time again, he chooses to face the barrage of insults and the physical abuse that seem to stem from something deep inside Tami’s very soul. Never knowing what will trigger an episode and always scraping the bottom of the barrel of excuses, Rich grows increasingly haggard and mentally defeated as he rides out one horrific day after another.

Danbury’s portrayal of a husband being abused at the hands of his seemingly less physically intimidating wife is captivating in every way. As I began reading, I wondered why the author chose a third person point-of-view. It didn’t take long to realize that the story is all the more horrifying from the outside looking in. Danbury does a truly fantastic job of drawing readers into Rich’s life. Wanting to reach out and rescue Rich, I found myself increasingly stressed and anxious for a positive turn–just anything to make his life with Tami more bearable.

As someone who fled an abusive relationship, everything about Rich’s ordeal hit home–from Tami’s fits of rage to her manipulation of his emotions and attempts to distance him from his family. Danbury’s writing is spot-on. Every ounce of fear, every second of Tami’s attacks, and each and every moment of Rich’s hesitation to share his experience with anyone. I can relate to Rich’s unwillingness to reach out for help, and I know I am not alone. Danbury is reaching an audience not often addressed in realistic fiction.

I absolutely flew through Danbury’s work, absorbing one of Rich’s emotions after the other and fearing Tami right alongside him. I recommend this book to anyone who has survived abuse, thinks they may be a victim, or knows and loves someone who is dealing with a controlling significant other. Danbury is making important strides with The Other Cheek.

← The Black Inked Pearl: A journey of the soul
Silent Screams →