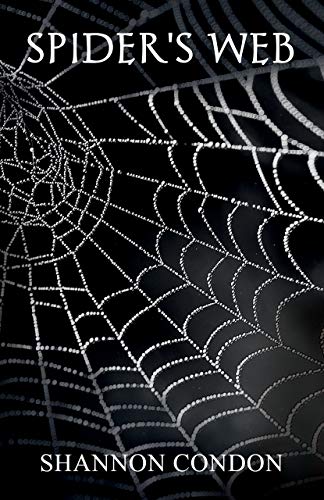 The third book in Shannon Condon’s popular Magdalena series, Spider’s Web follows the titular character Maggie and her team of special ops, as they take on new missions from the safety of the Grid. Three years have passed since Maggie’s near fatal injury, but the memories and the scars still haunt her. Unfulfilled and depressed at home, Maggie is determined to reenter the field, whatever the cost. But she’s unsure of who to trust, and equally as unsure of the real world she’s kept herself away from. Before she even has time to plan her next move, Maggie finds herself kidnapped by an unknown foe while on holiday. With old enemies lurking at every turn, will she ever be able to escape the deadly web of her own making?

With plenty of twists, turns, and double crosses that will keep any reader guessing, Spider’s Web is a fast paced novel, part spy thriller, part crime fiction, and part character-driven drama. There’s enough action and adventure to keep mystery enthusiasts happy, and enough turmoil to keep contemporary fiction readers turning the pages. As much about Maggie as it is her kidnapping and the odyssey that follows, the Magdalena series’ third chapter proves Condon’s ability to entertain and enthrall, drawing us into the characters and the world she’s created.

Peripherally, Spider’s Web is a spy thriller, but Maggie is the core of the story. We learn more about her past, her family, and how all the pieces come together for her. Described as female James Bond, Maggie is an intriguing and complex character, whose hardened interior hides a soft, vulnerable core. Whether her anxieties and her panic attacks humanize her or isolate her, depends very much on the reader. For those that like their characters well rounded, if not flawed, Maggie will be a welcome relief from stock action heroes. But those uninterested in bouts of melancholic wallowing, may find that the heavy dialogue bogs down the storytelling at times. Less of a flaw than a marmite situation, Maggie makes or breaks the work, depending on which side of the fence you sit on.

Spider’s Web contains an involving story and some fine writing that is a satisfying read.