← To kill, period.
That World-Shattering Revelation → 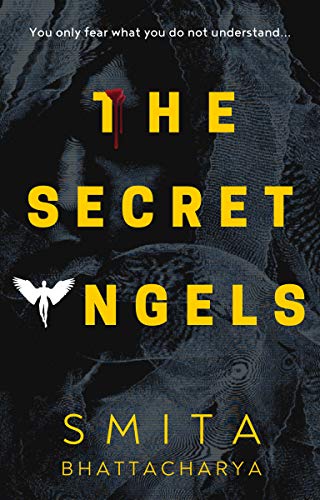 The Secret Angels (Darya Nandkarni’s Misadventures Book Two) by Smita Bhattacharya is a sensational mystery story set in the Bandra neighborhood of Mumbai. Over the past five years, three girls have disappeared from Chapel Road in the months of June and July. Although no bodies have been found, the locals believe it is the work of a serial killer that the media has dubbed the Angel Killer. After Darya moves to Chapel Road, she hears about the stories. Then women start disappearing from the villa where she and her friend Veda are staying. When Veda goes missing too, Darya is determined to find out what happened to her and the others. Will Darya end up being the next victim?

I enjoyed the mystery aspect of the book and I liked following the clues as more and more information was slowly revealed. The descriptions of the neighborhood and businesses and homes were detailed and helped me to create a clear picture of the setting. I wanted to know what would happen next and it kept me interested in reading the story. The ending was not at all what I had suspected. Several of my initial conclusions turned out to be incorrect, and I liked that I was not able to guess the truth early in the story. The lingering questions at the end of the book left me looking forward to reading the next book in the series, Who Threw Draco Down the Chimney? (Darya Nandkarni’s Misadventures Book Three).

While I did enjoy reading this novel, I felt that there was a lot of backstory and description of secondary characters at the start of the book that slowed the pace and made it hard for me to get into the story at the beginning. Darya, in the end, is an interesting character, but I felt that there were aspects of her character that were revealed part way through the book that felt as though they didn’t fit with the image of her that was created in the beginning.

The Secret Angels is still a riveting crime story that has a compelling mystery at its core that will easily draw in fans of noir crime novels.

← To kill, period.
That World-Shattering Revelation →