Rats In A Maze 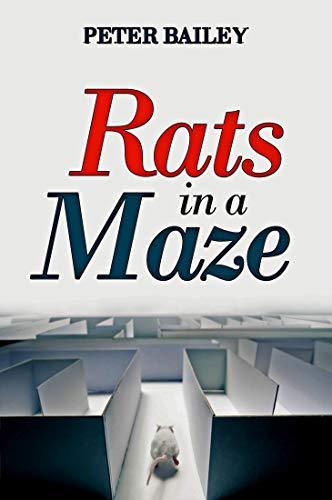 Rats in a Maze by Peter Bailey is a wildly thrilling novel that is sure to keep you turning the pages long after midnight. The book follows the stories of Detectives Ray Fisher, Brad Lahoti, and the mysterious and alluring Jessica Sorenson. A puzzling case has the New York Police Department hard at work: two convicts end up drowned in a car, with explosives, but suicide is ruled out. So who is responsible and why are there so many loose ends? Surely their murderer hidden in the shadows must be dangerous or powerful to have avoided catching the attention of the higher-ups? Detectives Ray and Brad must team up to investigate this odd case outside of the traditional methods and procedures used by the NYPD.

Peter Bailey has written a novel with equal parts mystery and suspense. The plot is action-packed and the author does not neglect his character developments. The audience really gets to see who the characters are and ride along this roller-coaster of a book with them. Bailey does an excellent job of portraying his characters so realistically that they feel like real people. Each has their own personal troubles and strengths that lend them to becoming truly three-dimensional. Additionally, Bailey should be commended for his portrayal of a unique LGBTQIA+ character in a way that is non-stereotypical and welcomed by the others; it was a refreshing aspect of the novel. Even the villains of the story are well-thought-out and intriguing.

The only flaw in the book is the occasionally confusing passages that may leave out a detail here or there. Some of the nonimportant scenes in the book occur very quickly and almost too concisely to be followed completely. The first example of this is when a forensic examiner makes fun of Detective Lahoti for his sexuality. The jab was almost missed by me so its impact was lessened. But the confusing passages are few and far between and do not detract from the story as whole. Rats in the Maze is an electrifying read that is well-suited to being devoured in one sitting on a rainy day. It is incredibly fast-paced and will leave you desperate for more. I highly recommend this fascinating mystery adventure.