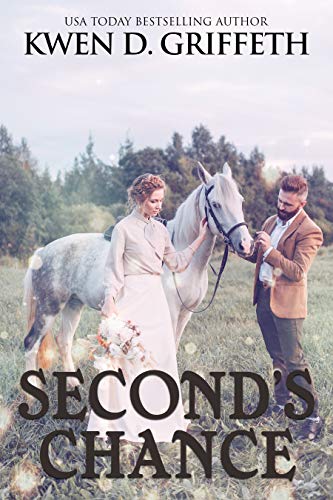 Second’s Chance, by Kwen D Griffeth, is about a middle-aged woman named Miriam and an enigmatic man named Reuben. By a coincidence, Miriam finds herself in the middle of a mysterious yet enchanting place amid mountains called Beaver’s Slap, Wyoming. She came as a traveler and a wanderer but destiny had something else in mind. She finds herself caught up in the attraction of not only Beaver’s Slap but also a new life that seems to be forming around her. She starts to get familiar with the surroundings and makes new friends. But what sparks her interest the most is the handsome man Reuben, whose entire past is a mystery to everyone. Under the common spark of attraction lies a story of both the character’s hidden past which brought them to an isolated location in the first place. They are both running from their past and find solace in the company of each other and the people around them.

Kwen D. Griffeth did an excellent job of keeping just the right pace in the story. With every line, I was more glued to the book than ever as there was more to know and more mystery to uncover. The writing is very powerful and you can feel the character’s every emotion and their personality as well. The scenes are set beautifully. The friendship between Evelyn and Miriam is very refreshing and so is Oliver, the owner of Happy Trappers.

The characters were very well developed, each was intriguing in their own way and felt authentic. Miriam’s character as a woman was a breath of fresh air. She has a depth and intelligence that comes out organically throughout the novel. Her character is a strong, independent woman with wit, humor, and charm. She can talk and hold an audience’s interest with ease. Reuben is written with equally engrossing style as well. Although he’s a typical form of a handsome man, he’s still enigmatic and he’s one character that I felt was consistently alluring because of it. There were some moments where the narration of the surroundings felt a bit elongated and stretched, but this did not have much impact on the overall readability of the book.

Second’s chance is a wonderful book with an amazing hook that will keep you captivated until the end. Fans of western’s that are looking for a grounded but enthralling will find plenty to love in Kwen D Griffeth’s charming novel.