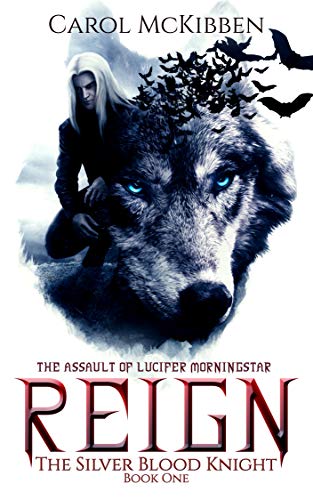 Reign The Assault of Lucifer Morningstar is the first book of the Silver Blood Knight Series. The city of Florence is pushed to the pinnacle of agony and torment by the recent zombie plague planned by the Evil Satan.  But his plans are more sinister. He is in direct rivalry with God, the father, and is prohibited to fight the Vampires; God’s Warriors. But there is always a loophole. He joins forces with the head of the Italian Mafia, Gamino to inflict torture and murder on the people of Florence. Hence, began a war against darkness by the most supernatural hybrid- Reign accompanied by the Z brothers, James, and a child wizard. But there is a price to pay. Will the God-chosen miracle beings risk the lives of those they love to save the city from the lethal forces of the satanic mob?

This book is yet another product of Carol’s profound imagination, adorned with supernatural yet believable characters, powered by a strong and stimulating plot that is propelled forward at a quick pace with an action-packed storyline. The book has all the right ingredients to keep you on your toes; thrill, suspense, and an ounce of mystery sprinkled with drama. It took me just one sitting to complete the book, that’s how much it captivated me with its mystical charm.

Author Carol Mckibben is a master of creating and transporting her audience to a fantasy realm. I really enjoyed the fact that the book was narrated by the spirit wolf and hearing everything from his perspective was both fun and adventurous. The book starts off with great tension. At first, I felt like there is nothing new about these supernatural characters, I mean a vampire and a pack of wolves, rings a lot of bells, right? But as you progress, you see so much more depth and uniqueness to the characters and how truly they are miracle creatures, that you can’t help but admire the creativity that went into creating this world. The development of the characters is amazing and happens at such a natural pace despite the book being a short-read, which by the way is another great thing about this. Usually, fantasy books are too long to read over the weekend, but I was able to get through this book fairly quickly.

Reign: The Assault of Lucifer Morningstar is a thrilling fantasy adventure that utilizes a unique blend of creativity and imagination to deliver a consistently entertaining story.