← Surviving While on the Run
Into Oblivion → 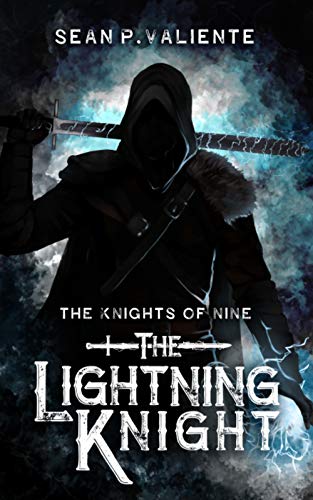 The Lightning Knight (Knights Of Nine) by Sean P. Valiente is the first volume in an epic fantasy series about Oliver Quartermain a 16-year old who doesn’t believe in magic and descends from a rich, noble family with a self-centered attitude until a sudden turn of events puts him in a position to protect the magic in his world. He has to protect this magic by training a young boy, Po Pondarion who is destined to save the world by defeating an evil secret organization who seeks to destroy magic. Oliver seeks the help of his best friends Roc and Yokel, and the Knight Angels to help him prepare Po for this epic battle.

Author Sean Valiente has created a compelling narrative set in a classical setting. The story feels predictable at first, but after a few sudden and unexpected twists I was completely immersed in a story that was unpredictable yet still felt familiar. The book is filled with action and each scene is richly atmospheric. Since I’m interested in character development, I am pleased with how the author slowly evolves Oliver from a self-centered teenager into a responsible person with the task of protector and mentor to Po.

This book explores themes of loyalty, unity and teamwork in some interesting ways. Roc, Yokel, and the Knight Angels were all intriguing characters that I really want more of. The Lightning Knight is divided into two parts with the first part giving you a view into the main character’s head while the second part is in the third-person perspective that gives readers a better perspective of the story as a whole.

The Lightning Knight is a spellbinding coming of age fantasy novel that will delight sword and sorcery fans and anyone looking for a character driven adventure that is relentlessly moving forward.

← Surviving While on the Run
Into Oblivion →