The Old Men Who Row Boats and Other Stories 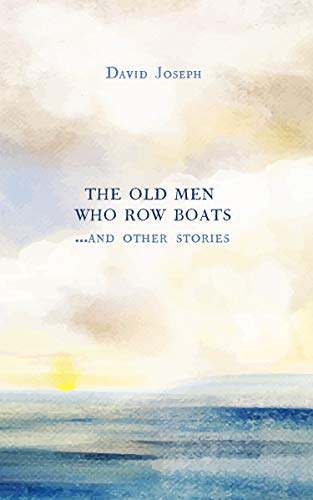 The Old Men Who Row Boats and Other Stories by David Joseph is a collection of fourteen short fiction stories that are set in cities in Spain and Portugal. The stories feature a variety of people, old and young, tourists, natives, and immigrants and range from 6-20 pages in length. Although the stories are about everyday life, special or tragic moments the characters experience are the true focus of the narrative. Several themes are used in multiple stories including death and loss, older characters watching the lives of young people and remembering when they were that age themselves, and being alone but not felling lonely.

This book had an interesting variety of stories that I enjoyed reading. The short stories were quick to get through, which made the book a fast read overall. I liked that I could read several stories in one sitting. Although some of the stories had similar themes, they did not seem repetitive because the characters were so varied. While I enjoyed the stories I felt that some of them were character driven stories, focusing on the characters routines, interactions and relationships, where I wanted to see a bit more focus on plot development.

Some of the stories were told in the first person point of view, while others were in third person, and several stories featured unnamed characters, often the narrator. I enjoyed reading the details of the characters lives and the descriptions of Spanish and Portuguese cities, landmarks, and coastlines; which to me is an exotic culture. I liked that the first story and last story both had old men in boats, which created a kind of symmetry to the book as a whole, however I didn’t prefer the narrative jump back and forth between old men rowing boats and Picasso’s painting Guernica. This made it feel a bit disjointed and disrupted the overall smooth flow of the story. Many of the stories did not end happily or were focused on past tragedies such as death, suicide, and abortion. But I felt that this was true to life, where happy endings are not always normal, and this kept the stories grounded rather than fanciful.

The Old Men Who Row Boats and Other Stories is a thought-provoking collection of emotionally resonant stories that explore life in various seemingly prosaic moments that cumulatively have a profound impact on the reader.