← Intergalactic Saviours? Mysterious Spy? You Got It.
The Fae Princess → 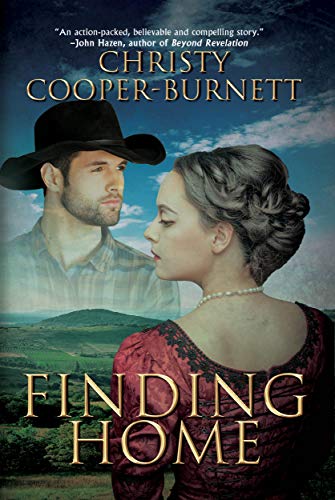 You can list on two hands all of the things Malcolm is battling, and all of them have happened in a relatively short period of time. Things just aren’t the same anymore. Malcolm feels like the world around him isn’t real and he is no longer a part of his own life. His disconnect from reality has become so strong that Malcolm is beginning to make decisions he would otherwise never consider. Has his string of bad luck completely wrecked him? Is this truly a case of being in the wrong place at the wrong time? Malcolm will soon find out.

Finding Home, by Christy Cooper-Burnett, chronicles the adventures of Malcolm, a man from the year 2070, who has time-travelled following his own incarceration. The book jumps quickly into Malcolm’s sudden demise and moves at lightning speed into his life hopping from one century to the next. Christine Stewart, also a time-traveler and member of the CCEA, has an important role in Malcolm’s position and is a key character from the first chapter. She is integral to multiple plots and serves to pull the book together into a neat and riveting package.

The author has created quite a unique storyline as the plot is based primarily on convicted criminals whose punishment is to be exiled to other times–Malcolm is among these prisoners. I became quickly wrapped up in this idea. The notion of having felons completely removed from their own day and time is a fantastic one and offers endless opportunities for parallel storylines.

Hannah, wife of corrupt cop, Chad, has a poignant storyline in the book, and her contribution is invaluable in many ways. Though the intent of the author may be to provide readers with a book steeped in science fiction, drama, and adventure, she has placed in the hands of her readers quite the commentary on domestic violence.

← Intergalactic Saviours? Mysterious Spy? You Got It.
The Fae Princess →