← Scorn of Secrets
The Classroom of Life →

Blast from the Past 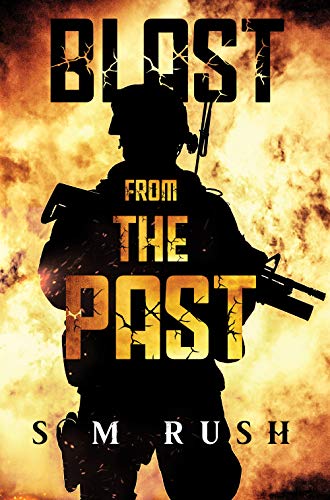 Blast from the Past starts with Kieran O’ Neill, who is on a break from his fast-paced military life when he receives a call about Sophie Tyson, a name he had not heard in ten years. We’re then taken ten years into their past, when Kieran was still an eighteen-year-old boy who had just joined the army and we get to see how he met Sophie Tyson, who by that time had already divorced her abusive husband, Simon. This riveting military romance novel follows their emotionally-charged journey of love, loss, and survival.

The story explores many important themes such as violence and domestic abuse, but what I liked most about this story was how those things are intermingled with contemporary issues that soldiers face like PTSD and their experiences in Afghanistan. The story adds a lot of depth to its characters while weaving a complex portrait of military life that goes beyond the strategy, shooting, and death we often think of when reading action novels. Don’t get me wrong, the novel has plenty of action, but I appreciated the subtle but thoughtful commentary on the human condition found within this story.

The plot is well constructed and is easily engaging right from the prologue. With a fluid style of writing I was easily engrossed in the story. This is a character focused story, leaving the background and scenery up to the readers imagination, which is helpful in keeping focused on the emotional aspect of the novel.

This is a unique story for me because it plays with being an action novel and a romance novel. The blending of the two, along with the engaging characters, ensures readers will be thoroughly entertained with the story. The alluring relationship between Kieran and Sophie is what kept me coming back to this novel again and again.

Blast from the Past is an engaging story that explores a haunted past and a heartfelt relationship in unique ways. The military theme of the novel will certainly appeal to anyone looking for an action oriented romance story with captivating characters.

← Scorn of Secrets
The Classroom of Life →