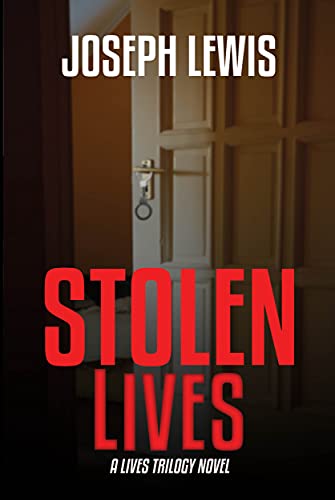 Stolen Lives, by Joseph Lewis is a fast paced crime novel in the how-catch-‘em mystery genre. It’s the story of Officers Pete Kelliher and Summer Storm who have been trying to track down a group of pedophiles. Finally, a break comes when Native American teenager George Tokay witnesses the murder of a teenage boy in the desert, and reports it to the authorities. For years, Kelliher and Storm have unsuccessfully hunted the pedophiles who kidnapped, raped, tortured and killed young boys. Through years of stumbling blocks and dead ends, the officers now have a solid lead to pursue. With the knowledge Tokay shared, Kelliher and Storm must act aggressively to capture the perpetrators.

Author Joseph Lewis clear writing keeps the focus on the story among a highly detailed world and riveting mystery. His descriptions are sharp and focused, and he creates authentic heart-tugging sympathy for the victims. We get to know the offenders, but Lewis doesn’t focus his writing on the “bad guys.” Instead, he pulls the reader into the lives of the frightened teen-age boys, and what they must endure to survive. Lewis also creates a strong bond among the boys, with Brett being somewhat of a protector of them.

This story reminds me of the popular and much-loved author, Tony Hillerman. Set in the desert of Albuquerque, New Mexico, like Hillerman, the Native American aspect, and imagery, is significant throughout the novel. However, Lewis thrives as an author by not only dealing with the emotions of these surviving boys, but also dealing with the flood of questions and emotions of the parents of the surviving boys.

Stolen Lives is a riveting murder mystery that slowly unravels a puzzling crime that will have readers furiously flipping pages. With realistic characters a reader can relate to and sympathize with, and a fast-paced and action filled plot, Lewis has created an engaging story that is a fantastic start to his Lives Trilogy.