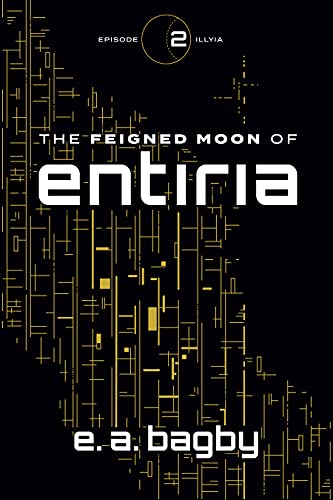 Episode 2 of The Feigned Moon of Entiria Epic Serial, Illya, by E.A. Bagby is a fantasy book set in the Deo Forest, a place known as the mortal realm and believed to be the middle way between earth and sky. After Giels and his friends come back from their journey on the underworld, they have to deal with the repercussions of their discoveries and the curiosity of their tribe. While Erikal, Meritus, Cleo and Alana start to interact with the community and create new and exciting possibilities for the Deo tribe, Giels has to undergo the pressure of his training to become lead storyteller all the while suspecting he might be going mad.

The protagonist’s doubts about his beliefs after the events of the first book set up the theme of the narrative, the clash between the council, chained to tradition, and the young characters, hungry for answers and new ways of living. Giels’ journey to understand himself and what he wants is really easy to empathize with. I was sometimes mad with his clinginess to tradition, and other times happy when he realized the silliness of his actions and the world around him. I would have appreciated this same depth provided to the other characters in the story.

The setting is very different from other novels, with a blend of tribal culture, fantasy elements and science fiction. The way the cultural elements are explained enrich the world and make you want to know more. The writing throughout the novel is superb, the story is constantly moving forward while the descriptions of locations are left to the readers imagination.

The Feigned Moon of Entiria provides an engaging mythology, while also providing an exploration of the conflict between myth/tradition and science/technology. I’m curious about what’s coming next, and I bet after you read it you will be too.