The Lights of Sheridan Square 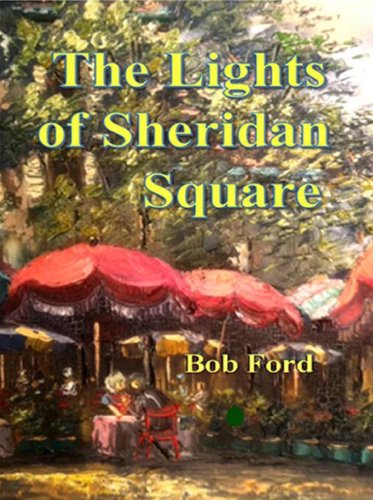 Bob Ford’s The Lights of Sheridan Square is an evocative and compelling novel that details Jay Carraway’s involvement in 1950s film production as well as his budding relationship with the beautiful Joanna. Throughout many years, Jay not only builds his rapport in the industry with both likable and morally skewed businessmen but also endures the highs and lows of falling for someone and what it means to experience true love for the first time.

Ford’s writing and descriptive imagery of the environment had me completely engaged. The hustle of both New York City and its inhabitants was palpable and laid a clear image in my head of what being a young adult in such a fast-paced business would be like. Despite Jay sometimes having to perform monotonous tasks, I found that Ford’s quick-paced narrative pushed the story along, leaving me wanting more at the end of each chapter.

Another plus is Ford’s ability to take each character and breathe life into them. While there are many seemingly minor characters involved in this story, each was memorable and complex in a way that provided context to the overall narrative and further evolved Jay and Joanna’s relationship with one another.

I especially loved seeing the trials and tribulations Jay and Joanna experienced together when developing their relationship. Ford’s creation of this couple is not one of fantasy, but of reality, and shows the hard truths couples have to acknowledge when coming together as one. Jay’s consistent need to take care of others combined with Joanna’s past burdens holding her back was an unexpected, yet relatable take on a relationship.

As both a romance and an account of self-discovery in the real world, I found The Lights of Sheridan Square to be transportive, emotional, and a story I will think about for years to come.