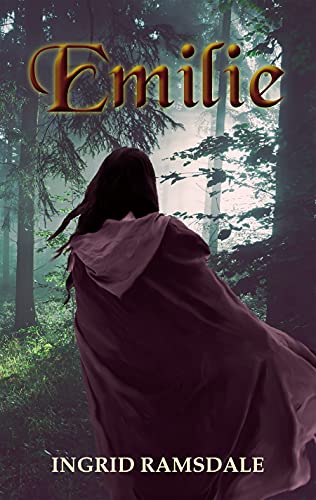 Ingrid Ramsdale’s Emilie narrates the story of a girl who wishes nothing but to pursue her dreams. Set in sixteenth-century France against the backdrop of the turbulent struggle between the rising wave of Protestantism and the established Catholicism, the novel paints a vivid picture of its time and perfectly establishes our intelligent eponymous protagonist, Emilie, within that setting.

Emilie wishes to learn about the healing properties of plants, and pursue it as a career, but she is vehemently opposed by the French society of that time. Women in those times were not allowed to study, rather they were married off to further the political and economic prowess of the family. Emilie plans to elope, but she finds herself caught within the religious turmoil and fatal attacks on her family.

Although the story takes places in a dramatic historical setting, the powerful message at the core of this riveting story will still resonate with modern readers, especially during these times when so many still struggle for equality. It is an eternal story of a woman trying to create her identity in a society that doesn’t allow women to have minds of their own. Our heroine’s intellectual mind transcends the barriers imposed upon women, and she seeks to learn medicine, arts, geography, and the healing power of herbs. She attains her goal of becoming a natural healer, but she also has to face the rage of a hateful brother and an even more despicable suitor.

Emilie carries a universal appeal and presents history in an intriguing way. The characters have been developed with an intellectual depth and intelligence that makes them equal to the momentous times they are living in. If you wish to delve into sixteenth-century France, the ecclesiastical history, and the position of women within that framework, this novel would be a fascinating read.