← A Discussion With A Friend
Paper & Fire →

After Happily Ever After 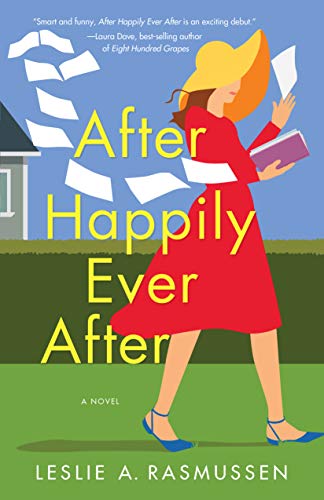 Maggie was unhappy. There was simply no way around it. Her husband was distant and uninterested, her father was in an assisted living facility, her mother was as unsupportive as ever, and the daughter that she had given up her career for couldn’t wait to move away for college. It all left Maggie wondering where her place in the world was, as she tried to deal with the looming inevitably of change that waited on the horizon. It took a chance encounter that she would never have expected to ignite the chain reaction that brought everything crashing down in a way that helped her to finally begin putting together the pieces.

In After Happily Ever After, the first book from Leslie Rasmussen, we meet Maggie as she’s in the midst of a full blown mid-life crisis. Having been a stay at home mom for nearly 20 years, being faced with an empty nest is just one of the many things life has decided to throw at her suddenly. Marital problems, the inevitable loss of her father, other family drama, frustrations and uncertainty about re-entering the workforce, and unexpected attention from a handsome stranger- Maggie wonders daily if she can withstand the pressure. Over the course of the book, Rasmussen writes a story that is without frills and presents every day just as it happens, which is precisely its biggest strength. Maggie is most women at some point in their lives, in at least one aspect of her struggles. That very relatability makes her easy to sympathize with and become invested in. Her husband, Jim, and daughter, Gia, are never fleshed out enough as characters to create more than a surface impression, but that just stands to further illustrate the point that this book is about Maggie.

In that vein, this book explores the idea of identity. While it’s easy to read it as a simple story of a woman dealing with the stress of life, the first crisis Maggie encounters, and the one that continues as an undercurrent throughout, is the question of who she is once her primary role is no longer a mom. What does that make her, where does that leave her? As most people are defined by their roles inside and outside the home, Maggie faces the fact that with Gia gone, she fills a purpose in neither. The lack of availability from those she should be able to seek for support only snowballs everything into a larger problem.

I found myself completely invested in Maggie’s future and unable to put the book down. After Happily Ever After is an emotionally resonant story following a compelling character through a crisis that is relatable, grounded and engaging. This is definitely a book I would highly recommend!

← A Discussion With A Friend
Paper & Fire →